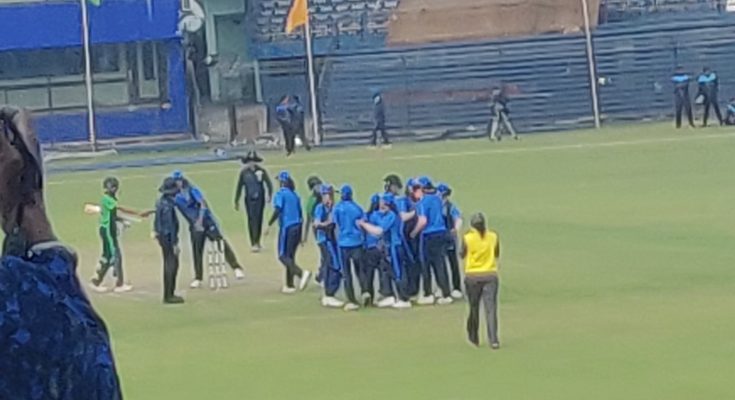 Some quality bowling and brilliant captaincy from India B rattles India C in a close counter. The latter couldn’t chase down 95 under tough conditions.

The experience of the players like Anuja Patil proved precious for India B whereas, the game awareness of India C literally took the match away from them. Having said that, India C is the team to watch out for considering the amount of runs the players scored in the domestic games and also, this is a kind of exposure for the team and they will learn from this.

The pick of the player of the match is undoubtedly, Sushree Dibyadharshini, who picked up three wickets, giving away only 15 runs.

Of course, India C had Rajeshwari Gayakwad picking up three wickets for just 7 runs. She played the vital role in dismantling India B’s batting line-up with the help of Nuzhat Parveen’s brilliance behind the stumps.

The run-out of Sushma Verma by Nuzhat Parveen was a demonstration of how both the players are fighting against each other to be in the contention for the upcoming series for India.

After losing the toss, Smriti Mandhana and Jemimah Rodrigues went out early, disappointing those who turned up for the game. No fireworks from any of the players today, blame the shot selection as well as the pitch.

Rich Ghosh’s silent 25 off 26 is one of the best knocks you’d see under the conditions. She helped to reach the team 94 in their 20 overs.

Chasing the same, Shafali Verma once again had a blistering start but couldn’t score big and got out for just 15.

Hemalatha and Sarkar provided the resistance but they couldn’t take the team home as they lost by 4 runs.

India C will take on India A next and it will be an important match for the former.