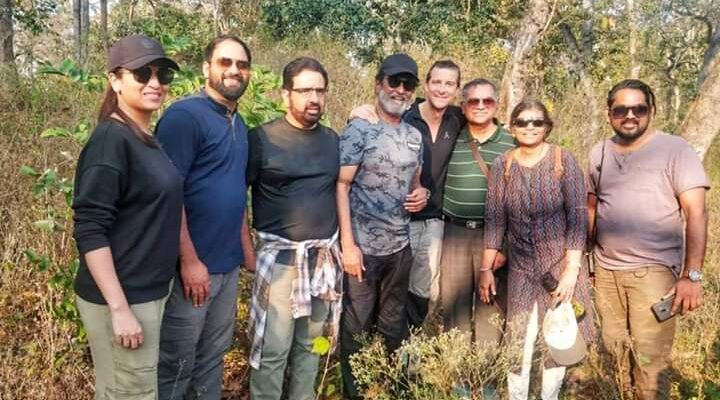 Today, Rajinikanth became the second Indian to appear on the ‘Man vs Wild’ show after Indian PM Narendra Modi.

According to the sources, Rajinikanth got minor injuries, however, the actor rubbed off them as rumours and said that he had scratches due to thorns other than that he is alright.

“I have finished shooting for the ‘Man vs Wild’ episode. I have not received any wounds but just scratches due to little thorns. I am alright,” he told reporters at Chennai airport after the shoot, news agency ANI reported.

In a clip shared by news agency ANI, south star Rajinikanth was seen in a blue jacket and grey track pants and was seen carrying a cross-body bag.

On the work front, the actor was seen in Darbar recently and has two projects on talks.