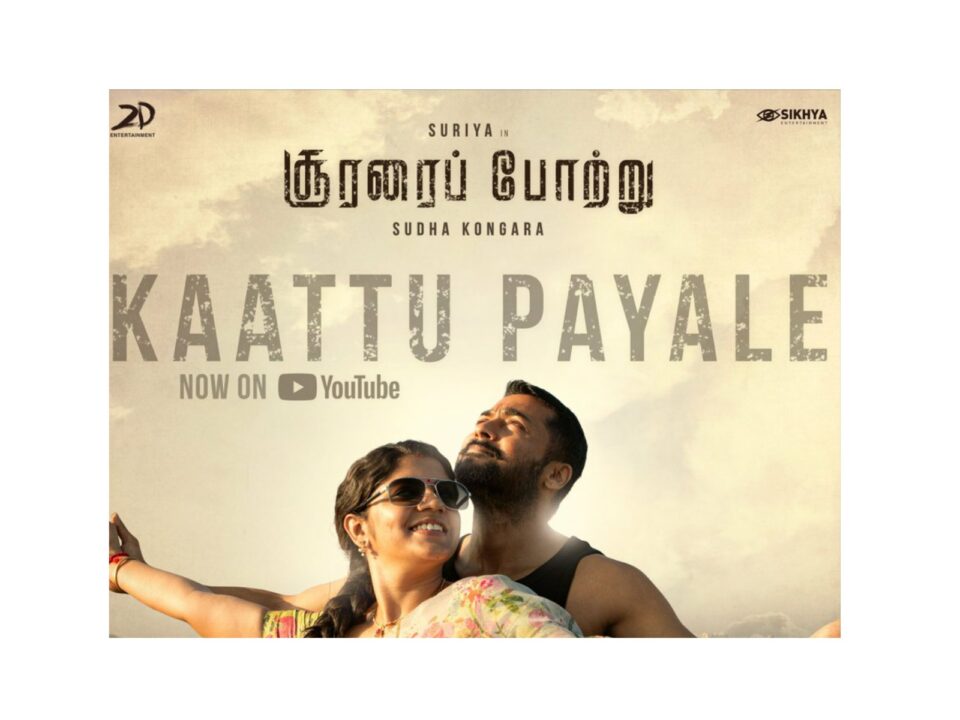 The one minute video song of Kaatu Payale from Soorarai Pottru got released today.

On the eve of actor Suriya’s birthday, the song was released as a treat to his fans.

Directed by Sudha Kongara, the film is produced by 2D entertainment.

The film stars Suriya, Aparna Balamurli in the lead.

Actor Suriya took to social media to release the song.

Talking about the song, GV Prakash once again strikes the cord with the music and Dhee’s voice makes everything better. The song has lyrics by Snehan which works as well and of course, credits to the visuals.