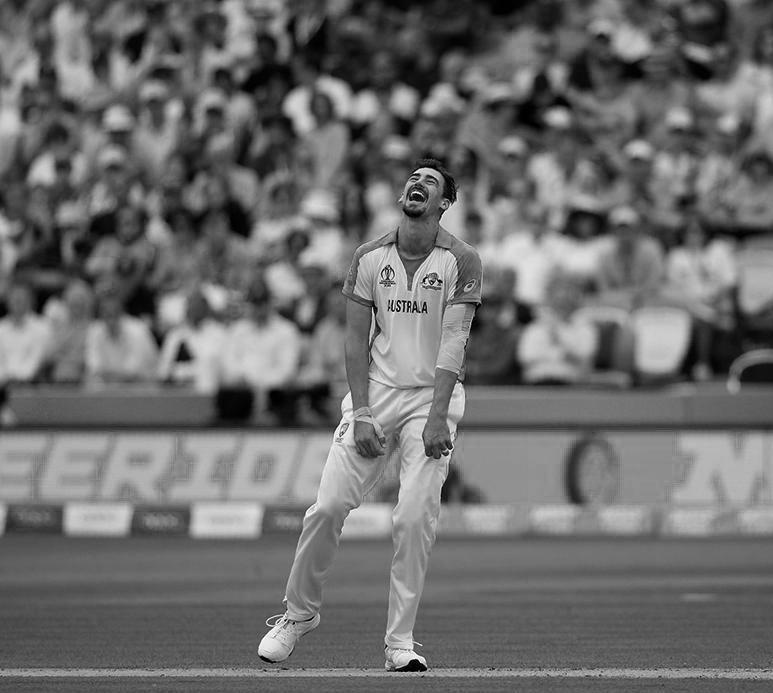 In 2018, Australia went through one of the worst seasons if not the worst in years. While the batsmen killed themselves with poor strokes, the bowlers suffered dismay.

Mitchell Starc was defensive, flat, plain, and was producing his worst bowling display ever. It wasn’t long ago. Maybe, a few months back.

He suffered an injury which looked like a bummer in his 2019 plans, the pacer used the time off to sit down, analyse what went wrong while bowling. Both mentally and physically. He had the time and the old videos to watch, and rewatch right before the World Cup.

He would have watched the 2015 final many times where he owned Brendon McCullum for first two deliveries before getting him out with a yorker in the third. The delivery though is not as perfect as he would have liked. Still, is the match-winning delivery.

From there on, Starc looked different to the man we witnessed in 2018. It was all about putting the mind at the right place, get better mentally.

***
Years ago, McGrath was interviewed about bowling the perfect yorker. McGrath said that (which I vaguely remember and writing about the same) the delivery must hit the bottom of the bat and the ground at the same time. He added that if there is no pace in such yorkers it is not going to work out every time and the pace is what makes the batsman fear. Mixing up is good, but it is not as good as the ones that are coming at the threatening speed.

He feared that the art of bowling yorkers, the one that is on the line of the stumps, might die soon because of the T20 cricket, and also because the bowlers are not bending much in the practice session to execute them perfectly. He wanted his bowlers to bowl from behind, and make sure to land right and concentrate more on hitting the stumps.

In another interview which was in 2016, he rated three bowlers high. One was Lasith Malinga, surprisingly Jasprit Bumrah and the other was Mitchell Starc. He added that though the unusual action of Malinga and Bumrah gave them a tiny advantage, it all comes down to the perfect execution. He praised Starc for being there in the list and added that Starc is feared because he is capable of producing yorkers at a certain speed that doesn’t allow the batsman even to blink his eyes through his traditional orthodox action.

***
How does Starc execute them and what makes him so effective?

Everything starts with the run-up. During the run-up, he doesn’t take his eyes from the stumps, runs quick, delivers the ball at top speed. While he holds the seam tight, he stretches his arms behind his body and he gets the hips moving first then the arm follows. The hip-shoulder separation creates an extra pace.

They are half-volleys, but faster. You need to produce Federer’s SABR-one of the most difficult shot, the shot only Federer managed to put it off a few times- to survive. Now, consider the batsman is facing the Karlovic’s serve. This would be the first delivery.

He keeps coming back, hitting the right line and let the conditions to do the rest. He loves ‘you miss, I hit’ so much that he prefers to hit the stumps rather than going for the wide yorker. He does bowl them depending upon the situation, but he prefers to stay on the line of the stumps.

For Starc, it doesn’t matter if you are playing the first ball or the 100th. He can unsettle anyone at any time. This year’s World Cup is a sample for it and right before the match against England, as Healy mentioned, an England fan made fun of Starc right before the match at the restaurant which woke the beast up. Lesser did the fan knew that Starc would eat the English batsmen for his breakfast.

Starc, who is not as effective as he used to be with the new ball, is doing more damage in the spell that he bowls in the middle. Exactly the time where the ball starts to show some signs of reverse swing.

Nothing much changes in his routine though. Other than the seam position everything remains the same. He goes to the old rough side in search of reverse during the middle overs whereas he holds the seam with the new ball.

The yorker is an art, Starc is the artist who paints the beautiful art that gets us high.

Nobody makes us fall in love with bowling as much as Starc do when he is on the song. New bowling tricks don’t impress him. He sticks to the basics and does it right every single time he picks up the ball. Sometimes the yorker is his go-to ball while the other times, it is his weapon. Either way he loves them, to bowl, to execute, to uproot the stumps, to produce the ball of the “century”.

This artist is loved by all, and he not only is inspiring a generation but also carries the legacy of lethal yorkers through old conventional technique forward.