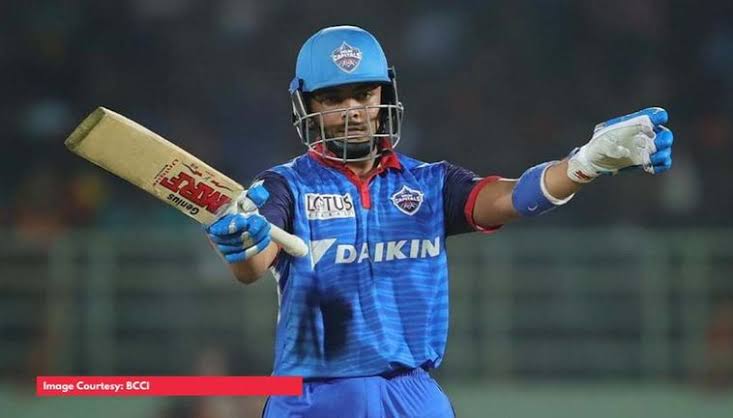 Indian opener Prithvi Shaw had a terrible outing for the country recently where he couldn’t cross single figures. He played in the Adelaide Test recently against Australia where he got out for just 0, 4 in two innings before getting dropped.

Shaw then went on to tweak his technique, came back stronger to score 827 runs from 8 innings in the Vijay Hazare Trophy while representing Mumbai. He also had a double ton against Puducherry.

He also had a decent start to IPL 2021 where he took his team home against Chennai Super Kings in the first match.

Talking about the tweak he made in technique, Shaw said that he was worried about his technique after getting dropped.

“After getting dropped from the Test side after the first Test in Australia, I started worrying about my technique on why I was getting bowled. Even if it was a minor mistake, I wanted to minimize that. I started working on it there itself,” Shaw said.

“I worked on my initial movement — getting more stable and more ready before the bowler has bowled.

“After returning from Australia, I worked with my coach Prashant Shetty sir and also Pravin Amre sir before going to the Vijay Hazare Trophy, and it worked quite well. I played my natural game in Vijay Hazare Trophy, but I made a small technical change. After that, it’s going well.

“I didn’t get a lot of practice for IPL, the T20 format. But I got good practice sessions with Ricky Ponting sir, Pravin Amre sir and Prashant Shetty sir,” he added.

Delhi Capitals have won two out of their three matches. In the first match, he had 72 off 38 balls against Chennai Super Kings then went on to score 32 from just 17 deliveries against Punjab Kings.