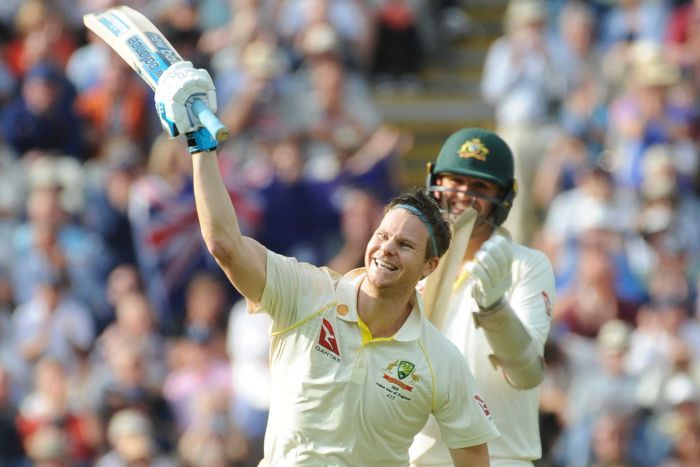 Steve Smith has always been a victim of mistaken identity. People laughed at him more than they laughed with him. Right from his young age where his dances on the pitch were considered funny. His technique made everyone sledge him. The players, commentators, fans and people who don’t know cricket. Everyone. He was a mismatch in the Australian team. He had no one to go to, look up to. You cannot blame them either. Each player in the team followed the same textbook, and the book was rewarding them. It is not like they don’t think ‘Out of the box’, but they didn’t need one. His barks and blows weren’t helping him either.

Lesser did Smith know that his power has always been transforming his flaws into success. He was a diamond with flaws. As Confucius goes, Better a diamond with a flaw than a pebble without.

Of course, the transformation didn’t happen in a day or two. When he came into the side, Smith was a bowler who can bat. He hardly had an opportunity to bat and when he had, he made fun of himself. It took him time to realise his strengths.

His power was his strong bottom hand grip. He takes off-stump guard, moves a bit towards his off-side further. Bowl him the off-stump line, even the fourth-stump line, he is a position where that would be his leg side. The bottom hand grip once again helps him to cover the areas around the stump. But 2010’s Smith had difficulties in bringing the bat down at the right time. He played away from his body, and once he was through with the shot, he couldn’t change at the last minute.

With time, Smith learnt what troubled him. He started to play the ball late, in fact, later than most of the cricketers in the world but he gets into the position earlier. Most importantly, he bends his knee more now. After a little wave with the bat, he bends and waits for the bowler to bowl, and with a bit of backlift, His right shoulder, right arm, his hip and his right leg moves in harmony, he creates a space for himself, hits the ball wherever he wants. He gained the art of balancing after hitting the delivery. He gained the art of finishing the shots. He stopped worrying about his technique, started to enjoy his game in the middle, made sure his mind was clear. Most importantly, he understood the importance of mastering his techniques through hours of practice. He developed an immense amount of patience as well to bear all the critics who kept questioning his technique.

Years later, Smith was once again was laughed at, and he had no answers this time. Things could have kept him away from cricket, but nobody can keep cricket away from him. He practiced. He practiced so much that every ball is pretty ordinary for him now. His wife bowled him day and night, forced him to get up every day to play the game and prepared him in such a way that he had answers for all the critics. Smith already knew how to tackle the critics, but this time, when he took the centre stage, things were poor. He wasn’t the king. Again, things can dethrone him, but nobody can take the warrior off him. He might not be the captain of the team, but that doesn’t mean he is going to give up easily even when everybody did.

Simply put, Smith always found his way to reply to the critics-who questioned him- and the crowd-who booed him. This is his way of battling past the boos and telling them that they suck. This is even more effective. This Smith is calm and only gets better. Calmer and it’s dangerous.

Had an interesting chat with Ponting on phone: Ashwin