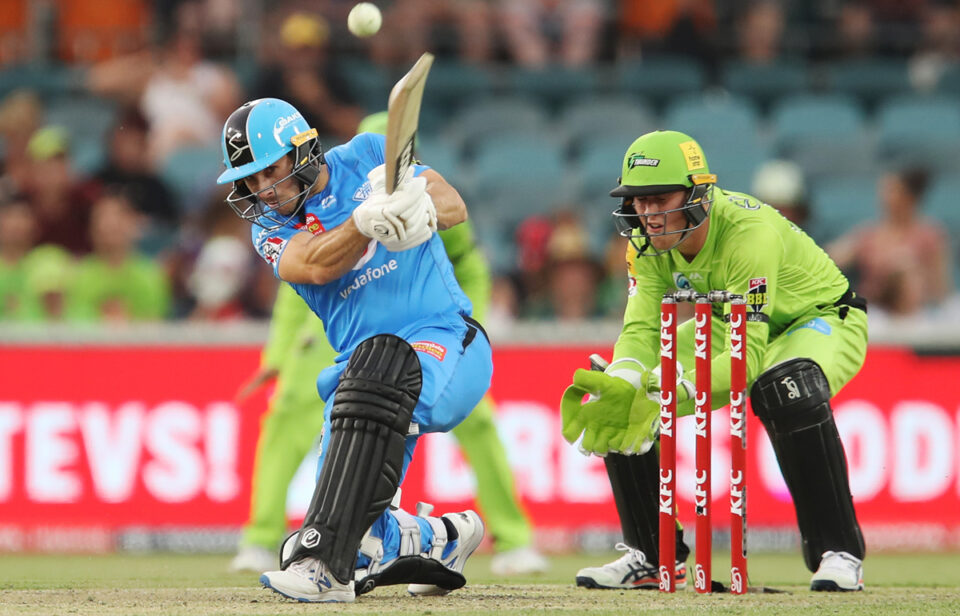 Adelaide Strikers will take on Sydney Thunders in the 53rd match of the tournament. This is a re-match of the Sunday’s STR vs THU clash. In that match, Strikers emerged as the winner and it was a close-fought contest where the Strikers won the match by just six runs.

Disclaimer- Fantasy cricket involves knowledge and also a bit of luck. While we can provide you numbers, we cannot always be 100% right because of luck factor. Also, these predictions are for entertainment purpose only. We don’t promote betting, gambling or any other illegal activities.

Alex Carey has been one of the top performers here and in the last match, he had 29 runs.

Weatherald did an excellent job in the powerplay with the bat for the team in the last match.

Head and Salt came be backed for quick cameos here.

Neser and Siddle along with Agar will form the bowling attack of the Strikers team.

Alex Hales recently smashed one of the fastest T20 tons.

Usman Khawaja can be backed for good starts here.

Callum Ferguson will be playing the anchor role.

Ben Cutting is looking in good touch with the bat and has picked up a few wickets too.

Adam Milne had the figures of 1 for 6 in his last outing.

Tanveer Sangha will once again lead the bowling attack of the team.

“Because He Is BCCI Chief?”, Sunil Gavaskar about Virat Kohli praising Dada

Opinion: How England got out for 85 against Ireland in the 1st innings!