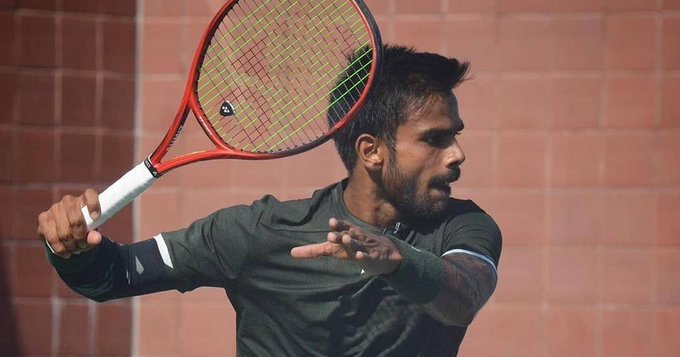 Sumit Nagal, 22, became the youngest man from India to qualify for the main draw of a Grand Slam tournament after he defeated Joao Menezes of Brazil 5-7, 6-4, 6-3 in the final qualifying round on Friday.

This is Nagal’s first appearance in the senior Grand Slam event Nagal also won the 2015 Wimbledon Boy’s event. Earlier in the interview, Nagal said that he wanted to meet Roger Federer and Rafa Nadal at least once in his career and his wish got half-filled as Nagal will take on Federer in the first round of US Open.

The final Grand Slam of the year starts on August 27th and Nagal will play his game 6.30 AM (IST)

This is the first time since 1998 Wimbledon, since Paes and Bhupathi, there are two men in the Grand Slam singles draw.

Also, Nagal is the fifth Indian to qualify for the Grand Slam in recent past. Somdev, Prajnesh, Saketh, Yuki all qualified for the main draw with Yuki Bhambri playing in all the four Grand Slam event.

Gael Monfils-Elina Svitolina is getting married