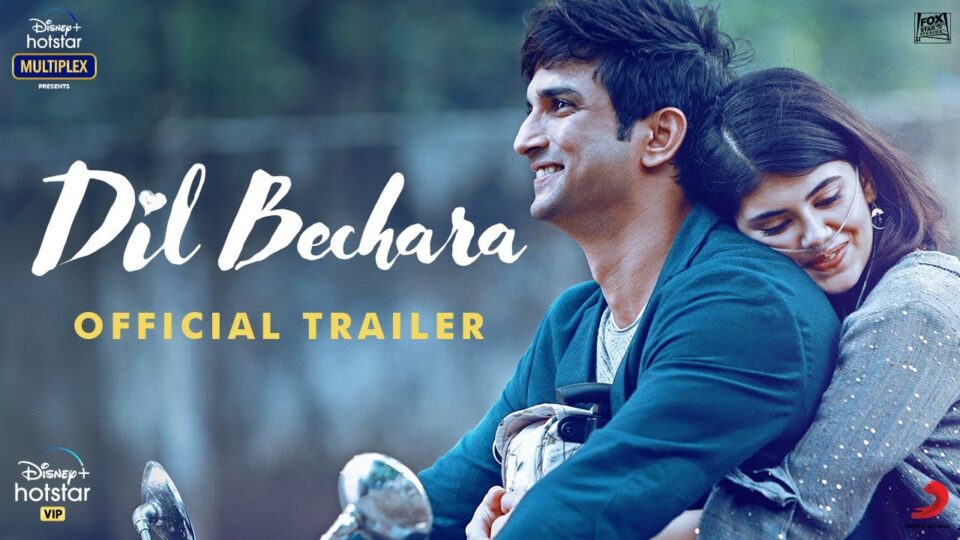 The trailer of Dil Bechara which has the late actor Sushant Singh and Sanjana Sanghi is here. Set to premiere on Disney Plus Hotstar on July 24, the film, helmed by casting director Mukesh Chhabra, is based on John Green’s 2012 bestseller The Fault In Our Stars. It was slated to release in theatres on May 8 but got delayed due to the coronavirus pandemic.

Actor Sushant left us all on June 14.

As a tribute to Sushant Singh, the film will be released on Disney+ Hotstar and will be available free for everyone.

Here is the trailer:

This film release as well as the trailer did bring tears to the eyes of his loved ones.

As Dil Bechara’s premiere was announced, director Mukesh Chhabra got emotional on social media, sharing how he never thought that he would have to release the film without his dear friend Sushant.

Sharing a poster from the film, he wrote, “Sushant was not just the hero of my debut film as a director but he was a dear friend who stood by me through thick and thin. We had been close right from Kai Po Che to Dil Bechara. He had promised me that he would be in my first film. So many plans were made together, so many dreams were dreamt together but never once did I ever imagine that I would be releasing this film without him.”

Chhabra went on to add how he can visualise Sushant Singh Rajput with his beautiful smile showering blessings upon them. “There can be no better way to celebrate him and his talent. He always showered immense love on me while I was making it and his love will guide us as we release it. And I’m glad that the Producers have made it available for everyone to watch. We are going to love and celebrate you my friend. I can visualise you with your beautiful smile blessing us from up above. Love you.”