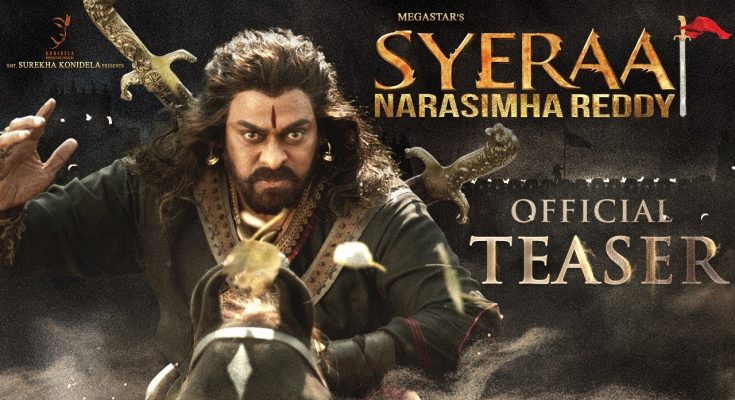 The teaser of the most awaited movie, Sye Raa, released on Social Media today and with no doubts, is jaw-droppingly brilliant.

The movie, which is on the historic tale of freedom fighter Uyyalawada Narasimha Reddy, has actor Chiranjeevi playing the titular role. The teaser proves that Chiranjeevi’s two-year absence from the movies is worth a wait.

The teaser shows the power of Narasimha Reddy who once had the English soldiers on his feet and was the first to involve in the war against the British. While the voice-over of Pawan Kalyan is doing the magic, the visuals are great as well.

The teaser which is simultaneously released in Tamil, Malayalam, Kannada and Hindi, has Superstars Rajinikanth, Mohanlal lending their voices for the movie.

The one-minute-long teaser also gives us a glimpse of the other stars in the movie, including Vijay Sethupathi, who is making his Telugu debut with Sye Raa. Amitabh Bachchan is playing Sye Raa’s mentor and Nayanthara and Tammannah have pivotal roles.

The movie has grand VFX by Kamal Kannan and Sreekar Prasad for editing. The Bollywood music director Amit Trivedi takes care of the movie’s background score.