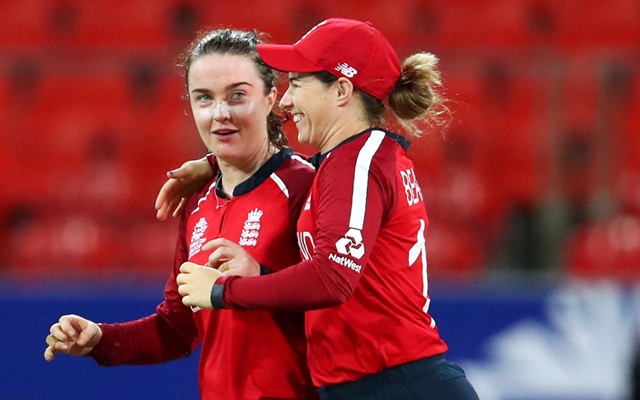 England on Sunday became the third team after India and South Africa to qualify for the semifinal of the World Cup 2020.

England took on West Indies, who despite having the powerhouse, failed to perform well in the tournament.

Batting first, England made changes to their batting order by opening once again with Tammy Beaumont. However, she failed to get a run on the board. Wyatt who is having a forgettable tournament got to 29 today, which is a good start.

Once again, it was Nat Sciver who rescued the team with her 57 and she was helped by the cameos from the middle order. Amy Jones finally found her nice, scored an unbeaten 23.

To everyone’s surprise, England dropped Winfield for Mady Villiers and she started off the World Cup campaign with a maiden wicket.

West Indies totally found it difficult to read Ecclestone and Glenn as they got out for just 97 giving away England a massive win.

Despite a win here, England will be worried about their openers who are yet to produce a great knock.