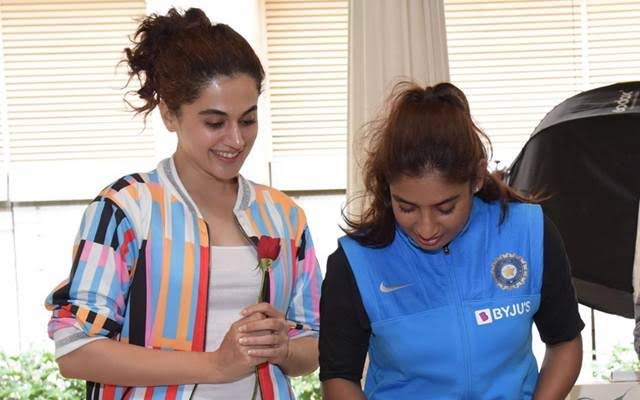 Indian Actress Taapsee Pannu has been busy acting in the upcoming film, “Shabaash Mithu”, which is a biopic of legendary cricketer Mithali Raj. The first look poster of the film was released last month and garnered enormous positive response.

She has been vocal about many common issues in our society. She recently lashed out a magazine for mentioning Mithali Raj as a Former indian cricketer. She pointed out the mistake on Twitter and emphasized the lack of awareness of women players in our nation. She added that this is the reason why biopics should be made on them.

Like this one, An article in India Today also described Raj as a former indian captain while she’s still being the captain of ODI & Test Team. It shows the bitter truth of women athletes in our country. They haven’t been given enough attention by Medias that hugely deserve. When even the most successful women Cricketer in the world goes unnoticed by the very own people of her nation, what will be the state of those budding cricketers? Only time will tell the answer.