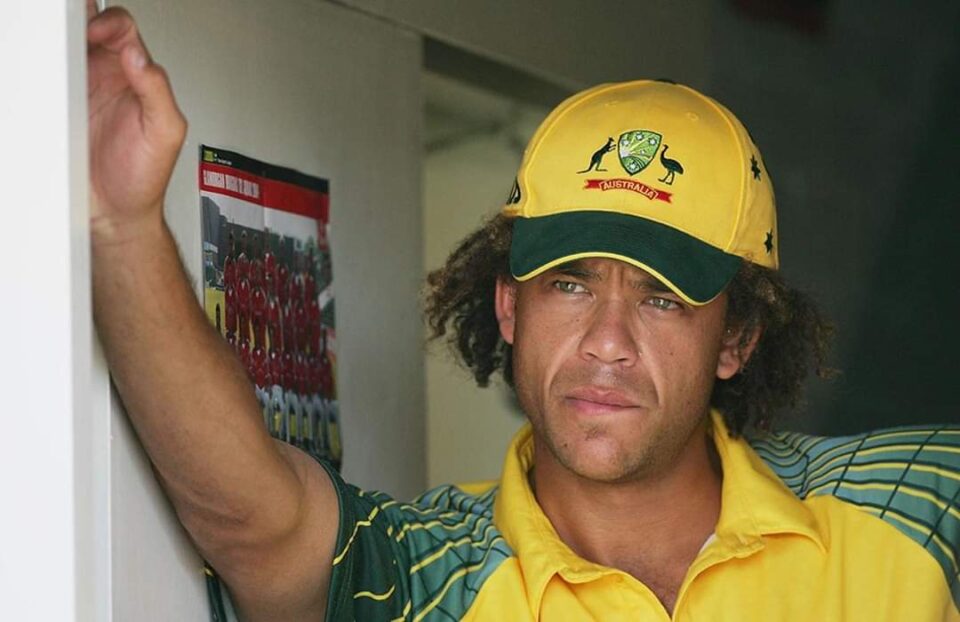 Andrew Symonds was full of talent but also trouble. His on-field life has always been incredible, his off-field life while playing for Australia was infuriating. The latter overshadowed his ability, and he fell while climbing his mountain of dreams.

He was supposed to be there. At the top with all the other all-rounders. His talent wasn’t wasted but wasn’t fulfilled either. His talent deserved more. From crunching the bowlers to cracking the batters and of course, he was extremely accurate with his throws and fielding. Nobody liked to mess with him, but he was the one who messed up his life.

He was in the team as Australia’s reply to Andrew Flintoff, well, in the mid-part of his career, which had already seen many obstacles and apologies.

He could have been the longing force in all three formats. Though he seldom had the road plan, he knew where he was going with his batting. He stands still, gets ready when the bowler runs in, checks and locks his jump, the delivery stride, would have a good look at the bowler’s arm and locks everything, goes with his instinct to get through the moment. The instinct reminds the same in all the three formats. He doesn’t change a lot though. Maybe, he tosses a defence shot in between while playing the longest format. Having said that, he is super powerful and times the ball well that he could get through the inner circle with ease. He never stops to look for an opportunity to sneak a run whenever is possible.

2003 Australia had to overcome the absence of Shane Warne whom they lost to drug ban. Symonds gave a pat to the boys with his unbeaten 143 against Pakistan. He reminded the team whom they were and their capability. Also, his shaky yet rescuing knock of 156 against England in the Ashes Test at the Melbourne in 2006/2007 would talk for itself.

He was a gifted cheerleader. Now, if you are a troubled bowler, and you hear words from a man like Symonds, you’d better get ready to bowl the next delivery at the right place.

The safest hand in the camp, people would love to pay just to watch him hit those stumps. He was super accurate and way too fast for normal eyes. If we had a table for fielding and number of runs saved, Symonds probably will be sitting at the top. He was a natural and nothing gets past him. He was like this superman in disguise.

Whenever Symonds get out there to bat, it would always be a tough situation. He bats low that he had to be responsible even while taking the risk. Now, Symonds was all about risk. He would go for 10 sixes rather than hanging in around for a long time. Well, he did the latter too, against his will, because the situation demanded.

He had better chemistry with Hussey who is an antonym of all the things you would call Symonds. Yet their chemistry was beautiful. Hussey adopted him, made sure what is best for him while batting. Hussey was talkative. He would walk up to him, cheer him up when Symonds struggled. He would give him space, would try to keep him off the strike and eat up deliveries until Symonds felt home. He would call Symonds names when he played a nothing shot. He controlled Symonds and brought the best out of him. Nobody enjoyed his on-field success than he did.

He could’ve been something else. He could’ve been the greatest all-rounders of all the time. He was applying to get into that list and Monkeygate incident happened. Now, the details of the incident can be perspective. He was a victim for many and a villain for a few. On the whole, the incident shattered him, his career. Nothing really changed after the Test except for his average. The downfall was severe. It was like a rock rolling from the top of the hill, replace the rock with Roy. That sums up his career. He turned an alcoholic or a binge drinker, something he calls himself. His passion was missing and one thing let to another.

He had his teammates backing him up but at some point, it was overwhelming for them too. Eventually, he had to hang his boots.

His world off the field had incidents like calling McCullum a lump of shit, going fishing instead of attending a team meeting, turning up drunk for the matches, involving in a fight at the pub. There were just too many of them to keep track and they had to let him go. Sure, they missed his offerings to the team at times but they were glad to get rid of him because of his discipline.

When he looked back, he definitely would laugh at everything he had to go through and how he was an absolute brat. He could have played for both England and West Indies but there was something about baggy green that attracted him. In the end, binge drinking and other disciplines killed his passion. Yes, he still loves the baggy green and he couldn’t do anything about it. Maybe, in the parallel universe where he was all clean and everything, we could have been talking and Australia could have been bragging about how they produced the best all-rounder in the history of cricket.

Happy Birthday to the youngest Indian to play the game!

April 10, 2005: The day that could have changed women’s cricket in India