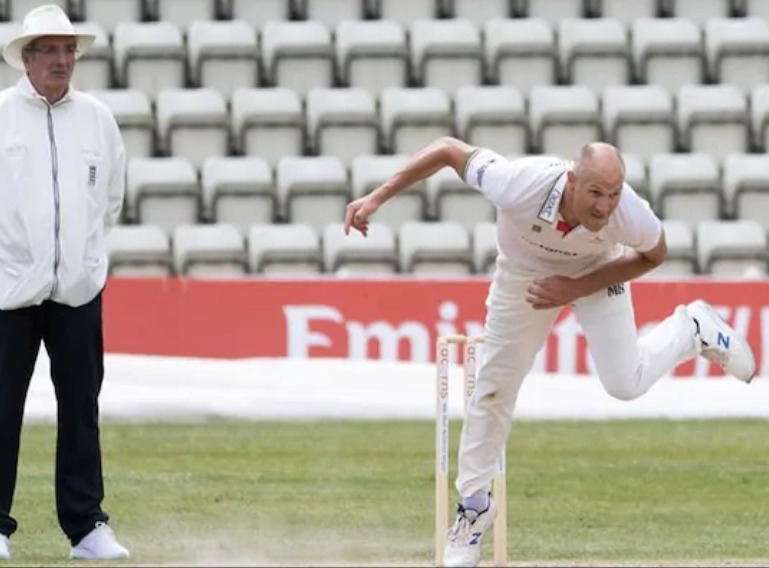 Leicestershire were handed a five-run penalty during their opening match of the Bob Willis Trophy against Lancashire after bowler Dieter Klein struck the opposition batsman with what the umpires deemed to be a “dangerous” throw.

The incident took place in the 104th over with Lamb and Balderson frustrating the bowlers with their show.

During one of the deliveries, Lamb defended a ball back down to the pitch and Klein picked it up and threw nastily at the stumps.

The ball hit the foot of Lamb who was visibly in pain. He immediately dropped his bat and hobbled towards the square leg.

Umpires Nick Cook and Rob White adjudged fast bowler Dieter Klein has committed a Level 2 offence under Law 42, Players’ Conduct, which concerns “throwing the ball at a player… in an inappropriate or dangerous manner”.

The incident created a lot of backlash among the fans who wanted a hard punishment.