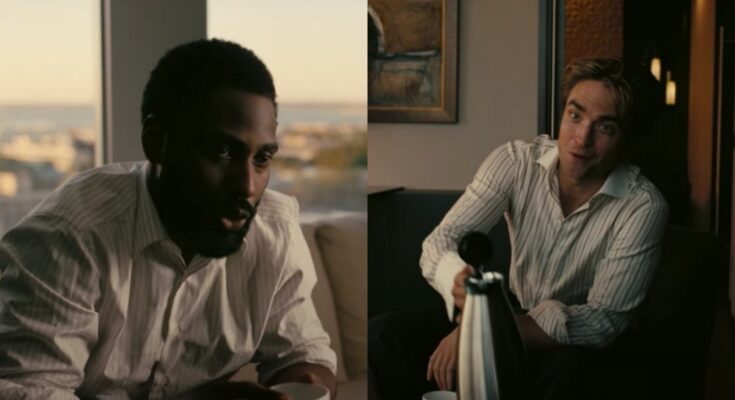 Christopher Nolan, the name always promises a fascinating quality, treats us with his new film trailer of Tenet. Into the Nolan universe, Tenet appears to be an unsurpassed attempt in the science fiction genre. The irony of naming a sci-fi film after a word that means belief or faith is simply amazing. But, Is it an irony after all?

For every breakthrough in the scientific world, Conviction has been one of the prominent elements. It is the key to the other side of the world, a world with myriad of possibilities. Imaginations takes form and no longer stay just as a dream. Tenet might be about the conviction of making the impossible. Playing with Time fragments is one of the most intriguing element in sci-fi films. An intricate and yet a seemingly simple characteristic of this 4th dimension to refuse to satisfy the non-linearity quality is satisfactorily handled in many sci-fi films. But Nolan promises in Tenet that it doesn’t matter if you have seen too much of it already because he will try to keep up, to say the least.

Inception and Interstellar, both of the Nolan films, do not directly play with the existence of time in reality but attempt to create a sub-universe in the consciousness of one’s mind. Tenet goes beyond the usual time travel constituent. Time Inversion is the new bewildering component here. It’s the want to escape the reality and live in the near enough experience of fantasy. And Nolan’s universe satisfies the want with exceptional details about human emotions and of course the science. It’s simply more about the human emotions than just dealing with science.
No one wants to get stuck in a dream but then it depends on what’s the dream is about. In Inception, his characters find a way to live such dreams. They are physically immobile but their minds have got no restrictions. Isn’t that how most of our day to day life has turned into after the advent of internet?. But Inception gives the liberty to the subconscious mind to wander, to make the impossible. Interstellar actually plays with the Time dimension. It captures the pain in a father who grieves the loss of time with his daughter. Both of them are worlds away and still spend their every minute thinking of each other, while trying to make this world a better place to live, while making themselves better people than yesterday.

Tenet – It seems to have got the best of the Nolan’s verse. Tenet, the word, is a palindrome. It reads the same from both forward and backward unlike time. There is no backwards to time in reality. It always moves forward. No amount of strength can make it pull even an inch backwards. And the burning idea of how Nolan is gonna make the Time Inversion possible in his universe heaps the curiosity. Inception shows “Pain is in the mind” and Interstellar let the “out-worldly” experience speaks for itself. Tenet seems to up a notch from these both experiences. In Tenet, you inverse the time and think “you were never really here”. But You think of it only when you are here. If not here, where exactly are you? and When do you start to exist and stop?

There are plenty of scientific papers that talks about the possibility of reversing time, about how much one can impure a semi conducting element according to its electron spins, about the amount of magnetic fluctuations one needs to achieve to attain the impossible. But the anticipation of how Nolan is gonna incorporate all these far-off details while staying connected to his signature elements, the emotional connection, is high.

This new universe of Nolan has got new crew. Blackkklansman’s John David Washington joins with Nolan. Robert Pattinson, Elizabeth Debicki, Clemence Poesy, Dimple Kapadia, Michael Caine and Kenneth Branagh are part of the film. Michael Caine is the most familiar faces of the Nolan-verse. His long time editor Lee Smith is replaced by Jennifer Lame this time. And Nolan’s go-to score composer Hans Zimmer is tied up Denis Villenueve’s Dune. So, Nolan collaborates with Black Panther fame Ludwig Göransson for Tenet. The film is soon to hit the theaters given how soon the theaters gets opened in this pandemic situation.