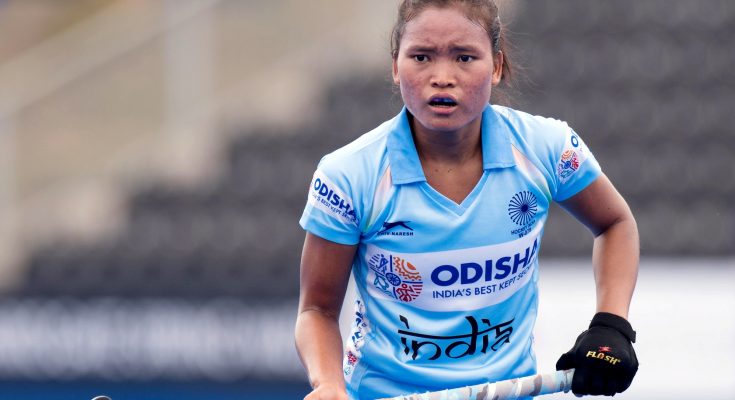 If you are following Indian women’s hockey in recent times, you’ll know the rise of Lalremsiami. The 19-year-old forward has already made heads turn with tactics and power. She has been around for more than a year now and has already headlined many times. Now, what if I tell you that it is not easy for her. She comes from Mizoram and she neither speak English nor Hindi. She moved to New Delhi when in 2016 and imagine how difficult it can be to survive without knowing the language.

More than the hockey bat, Siami carried her Mizo-Hindi dictionary. The language barrier was huge but the players and the coaches were supportive. They didn’t laugh at her broken language. There were times when she doesn’t understand the coach’s advice during the match break because most of them were in Hindi. There were times when she actually did exactly the opposite what the coach told the players. It was hard for her. Still, she grew up to become one of the main players. Imagine her mental strength.

If that is inspiring, Lalremsiami lost her dotting father right before the semi-final match in the FIH Hockey series finals. The man was the main reason why she took up the Hockey bat. He was there for her and encouraged her.

Before the semifinal, Siami had two choices. One to go back to her place and the other was to play for the team that needed a win desperately in order to qualify for the Olympics Qualifiers. Siami chose the latter and said that her father would have wanted her to do the same. She stayed there with the team, played for her country, missed her father’s funeral.

Though she didn’t score anything that day, she gave whatever she had on the field. India won the match and went on to win the finals on Sunday.

The coach and the team dedicated the victory to her father and they made sure to help her out emotionally. The team was there for her, hugged her, and wanted to do it for her and they did make the country and Siami’s father proud.

*I wrote this yesterday.