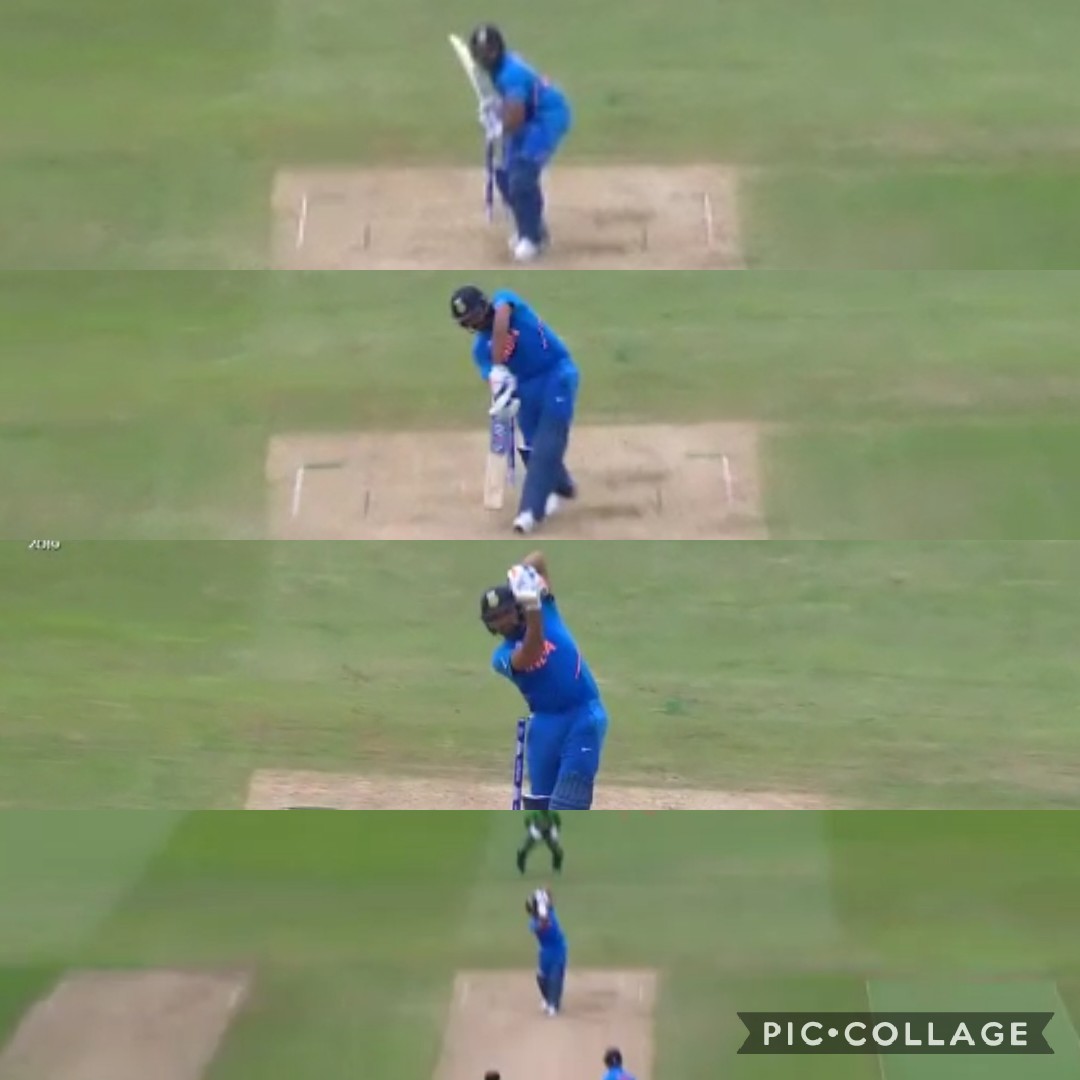 The 23rd over of the match saw one of the best if not the best shot of the tournament. Rohit Sharma took Mustafizur Rahman for a six through a lofted straight drive.

The ball was there as if it sought to be hit by Rohit Sharma. He was waiting there, still. To fulfil the desire of the ball.

Have you ever seen Rohit Sharma play with his child? The way he throws her up and catches her back as he stays still. The love and the determination in his eyes is the perfect epitome for the shot.

He treats his bat like a baby. He holds them tight wait for the ball till it comes to him, swings the bat then goes to the freeze zone. One can hear the beautiful sound of the kiss. The ball kisses the bat, moves away with all the emotions that push the ball forward. It then goes up, ends outside the boundary line as Rohit Sharma watches it with all love in his freeze zone.

As the ball comes to him, he positions himself as he knows what he exactly wants to do. He bends his knees as the bowler is all set to release the ball, with a bit of back lift. What follows is a gentle and elegant swing of the bat, and the best part about the shot is the balance. He stands still, and it’s like he is posing for an artist to draw him.

Imagine hitting back the fast bowler who bowls at a genuine speed with such balance.

How can one standstill after hitting a ball like this?
The bowler isn’t giving away a loose ball. He bowls at a gentle speed that might push him back but we don’t call him as Hitman for no reasons, right?

To stand before thousands of people who never run out of energy, and to see the ball, to hit it right back, to play such a shot you need utmost concentration, a blank mind. Rohit Sharma does that easily.

Normally when someone sees the ball like that they would nudge it to one or two, but when Rohit Sharma is in the mood, singles and twos doesn’t excite him. He loves to hit sixes. Stand and deliver.

He is not a pinch-hitter though. He doesn’t like to hit every single delivery but picks them right. What is special about it all is that the way his hands move. It is just the same. He never over-does.