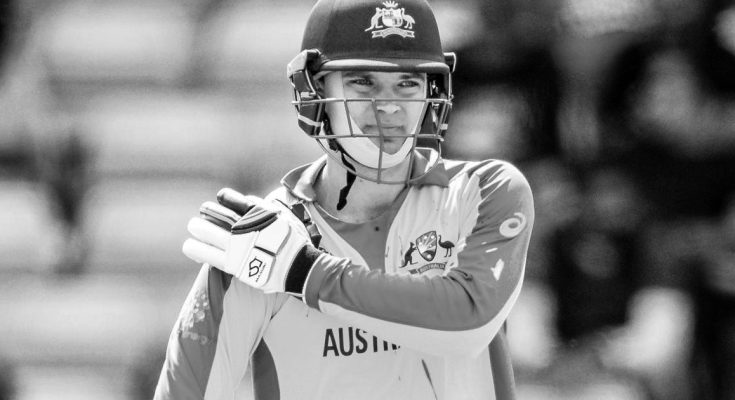 It is 2012. Alex Carey is having a bad day. He soberly was informed minutes back that he is being deselected by his beloved team, GWS Giants. Carey looks all-out, dejected. He thinks back at the wins he had with the team. It was just a year ago that he led his team to a final in the TAC Cup. It is all over now. His first love, his passion is all over.

He cried his heart out. Even after being one of the most consistent performers, he was left out. This was the end. End of his Football career.

He closes his locker- Symbolically, closes his door to his Football dream- walks out in blue.

Growing up in Southern Australia, Carey had two choices in sports. Cricket and Football. He played both the games when he was younger but was attracted to Football and wanted to top the game. Thus, he let go of the rookie contract from Southern Australia to concentrate on Football. He moved to Sydney to better his game and opportunities and soon became a star.

It’s 2012, again. Disheartened Carey thought about his life. His career. He knew cricket is something that naturally came to him and he loved it too. He knew he doesn’t know much other than playing these two sports. Thus, he decided. Carey decided to pick up the bat once again.
If one locker room was closed, the other opened for him.

He moved to Glenelg Cricket Team followed by South Australia Team. Life was good once again… Or not.

Twelve months into cricket, he got dropped once again. Delisted once again. He had hit the lowest point, he thought. He didn’t know what to do. He thought he wasn’t good enough for anything, the negativity, the bad thoughts conquered. He was down, but no, he was not out. He took his time, calmed himself and he was back, back with vengeance this time.

His hard work and the persistence paid off. He became only the fourth player to score 500+ runs and pick up 50 dismissals in a single Sheffield shield season. That took him to Australia’s National Performance Squad.

Days later, He was an Adelaide Striker. Made a ton. Within a few days, he was in, representing his country.

Every single knock of his in the World Cup had ton loads of determination and most importantly, the guts. Batting with the bandage tells a lot about how gutsy and hard he is.

Starc’s Yorker, Smith and Warner, Maxwell and Stoinis. They overshadowed him but if not for him, the team would have come this far.