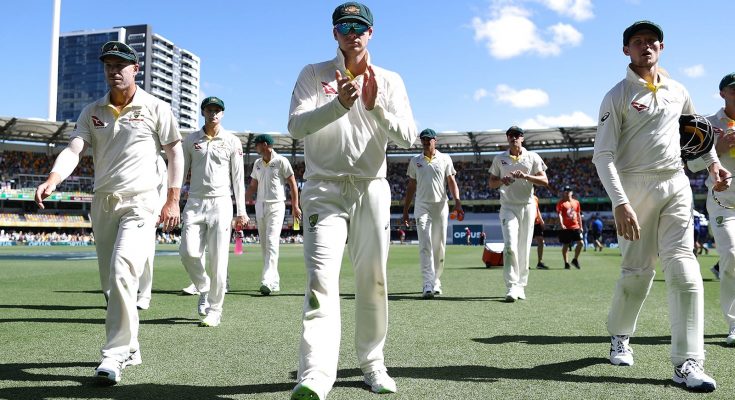 Steven Smith, David Warner, and Cameron Bancroft are back in the Ashes squad after being banned for their involvement in ball-tampering in the test match against South Africa in Capetown. It has been a year and 124 days since Cricket Australia banned them; Bancroft for nine months, while the other two senior players for a year.

Steven Smith was the captain of Australia during the sandpaper gate issue. He was at his prime, especially in test cricket. His numbers where Bradmanesque and he was dominant across conditions. He was so good that even after not playing international cricket for 16 months, he still ranks four in ICC Test batsmen rankings. However, he hasn’t been the same confident batsman the opponent would be worried about. He hasn’t been at his dominant best. He had to grind his way through in this World Cup with an aggregate of 379 runs in 10 matches with four half-centuries. Test cricket might be a better format for Smith to play himself him and gain some confidence.

David Warner, however, has been in great form ever since the Indian Premier League(IPL) started. He amassed 692 runs in 12 T20s in IPL and 647 runs in 10 matches in the World Cup. He will be itching to get on the field tomorrow and get a big score. Warner was the most blamed and shamed person among the trio. It only made things worse when Smith and Bancroft gave an interview to Gilchrist about the incident. They threw Warners’ reputation under the bus. Warner, though, has put everything beside and tried to do the best he could. Having blessed with a third child, Warner is a happy man right now. And that state-of-mind will only help him do better in the Ashes.

Cameron Bancroft, the youngest of them is yet to play an international for Australia. He has stated that the only thing that mattered for him then was fitting-in and earning the respect of his team. Bancroft was relatively new to the international setup and he confessed. His ban duration was lesser than Smith and Warner. He made his comeback to competitive cricket through Big Bash League last December. in his match of Shield cricket, he made 224 runs in two innings with a century and a half-century. Bancroft was appointed as the captain of Durham in County cricket for this season. He has scored 726 runs in 17 innings at an average of 45.37 which helped him get through to The Ashes squad.

We have seen players back after their ban, only to taper off very soon. Mohammed Amir even announced retirement in test cricket while he is still 27. And making a comeback in a century-old rivalry doesn’t sound any better, especially not after the boos’ Smith and Warner received from the crowd throughout the World Cup. The fact that England captain didn’t mind it, will only encourage the crowd.

It has been eighteen years since Australia won an Ashes series in England. England won the trophy after 20 years in 2005 and they haven’t lost any thereafter. Australia would want to break that streak and retain the urn, especially after losing their home series against India last December.

Maybe this is their chance. Maybe the trio couldn’t have asked for a better stage to earn respect and trust among their countrymen and the entire world. It is very likely, that Bancroft will in the first test alongside Warner once again. And Smith will be the vital clog in that middle order which has struggled over the past year. They can take a leaf out of Shane Warne’s life on how he came back after a year ban for doping and took 217 wickets in 38 tests from 2004-06.

I always feel a tinge of cold-spine before every Ashes series. There will be one factor at least that excites me and keeps me going before every series. And this time it is the trio who’s making come back and how they are going to deal with not just the England team, but the English fans, media and the Australian fans for that matter. I wish they go well as it sets up for an exciting contest.