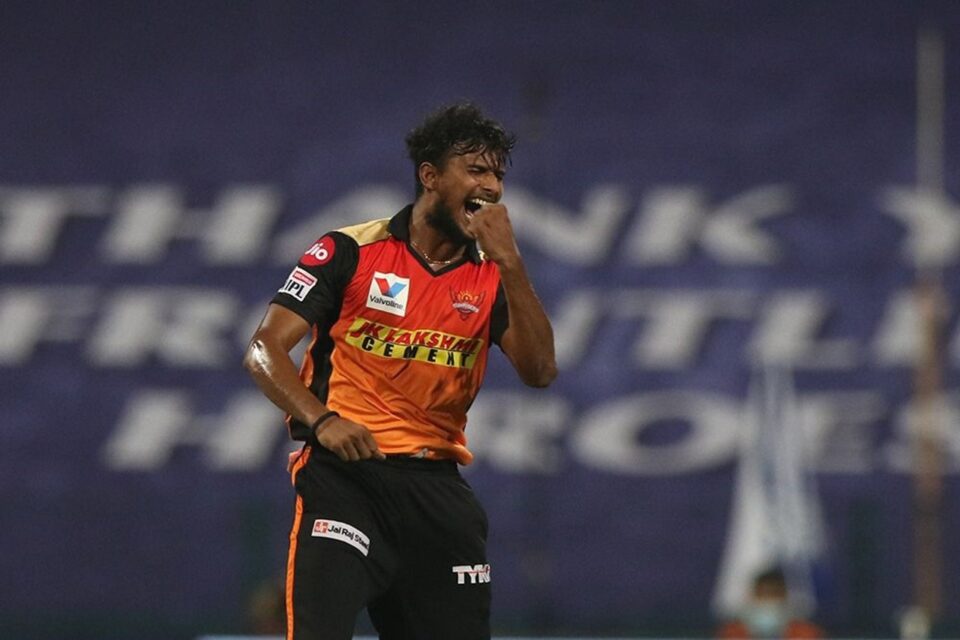 If you travel deep inside some 340+ km from Chennai, you get to a small village called Chinnappampatti. You don’t see a Railway station nearby. Buses from Salem will take you there. If you happen to visit this place, ask for Natarajan, the whole village loves to talk about their humble “Chella paiyan”.

Cricket doesn’t know where and which place you are. This bug bites everyone. In Tamil Nadu, it’s worse. The cricket bug bites people so hard that each and everyone wants to crack into the national team as if it is super easy and then you will find strict mothers who chase you for playing the game and breaking the windows. Having said that, nobody believes in you as they do. They are literally like Saranya Ponvannan in Kalavani who keeps telling that, “Avanukku Keragam seri illa. So and so month vandha nalla varuvan”.

Sometimes, I do think that these Keragams, or whatever you call, do work. They do work when it is coupled with hard work, proper path and determination. So, yes, in Tamil Nadu, Cricket was never a career option here but a pass time. However, some do make it.

Natarajan came from Chinnappampatti to Chennai in 2011. His father was a Saree Weaver, his mother ran a road-side shop where people feel in love with her beef fry. He is the eldest of the five siblings. Life was difficult behind those brick walls. Most of the days, they survived with those free mid-day meals that were offered in the schools. Still, cricket kept them all going. Be it watching or playing.

Natarajan would start his day early and would play for different villages. It was all Tennis ball tournaments, those 6-over-a-side tournaments. He was a big name there.

If you are from Tamil Nadu, you normally come across tournaments like these in every corner of the street. However, for Natrajan things began to happen pretty quickly. Of course, we all have a thing for left-arm pacers. Don’t we?

With less knowledge about cricket ball, he came to Chennai trying to make a name for himself, thanks to a well-wisher who dragged him out of his village and believed that he could make it.

Thanks to his Tennis ball skills, yorker came naturally to him. Impressed by the pace and skill, Jolly Rovers hired him and the club also offered him a full-time job. His rise was too good that he got into Tamil Nadu Ranji Trophy team in 2015.

Everything went well for him. It was certainly a fairytale. But then the tragedy happened. His action was reported. He had literally no idea what to do with life. Luckily, he had people who backed him.

Natrajan spent the rest of 2015 correcting his action in TNCA Academy. He began to concentrate more on yorkers, changed his action; he comes a bit more straight now. The next year, he cleared his action and was ready to make a move.

The inaugural season of TNPL was a turning point in his career. Most of the matches were on television and the world had an opportunity to see him bowl. One of his best performances was against TUTI Patriots in the super over. He ended up bowling six yorkers. Soon, he was called up for a trail with Mumbai Indians.

Mumbai wasn’t the only team who had their eyes on him. What followed was a big auction. Natrajan threw his name as well for Rs 10 Lakhs. He was nervous when his name came up. People were fighting to get him in. There was a stop at Rs 90 Lakhs but then it went all up and stopped at Rs 3 crores with Kings XI Punjab. He made it.

With the money, he brought a place for his family and used the rest of the money to pay off the debts and of course, for his siblings’ future.

In KXIP, he had another trouble. The language. Literally, the man spoke “Raghu thaatha” kind of Hindi and tried to communicate with the other stars. Well, sports need no language, right?

Unfortunately, his stint did not go well and he was left out by KXIP before SRH bought him for his base price in 2018. He probably loves this place more, thanks to the legend Muralitharan who knew Thamizh.

Now that cricket has given the young man so much, he is giving it back to the sport by running a free academy in his village. The academy has more than 50 to 60 people now. He doesn’t charge them and he even provides with the kit and everything. The academy is well-received among the Tamil Nadu players who do periodically sponsor. One of the biggest sponsors is his friend with whom he shared the new ball for TN, G Periyasamy.

Organ donation: In a first, Kerala man’s organs donated to 8 others

From Chinnappampatti To SRH !! Journey Of The Tamilnadu Cheetah | Chennai Memes September 30, 2020 at 2:20 pm