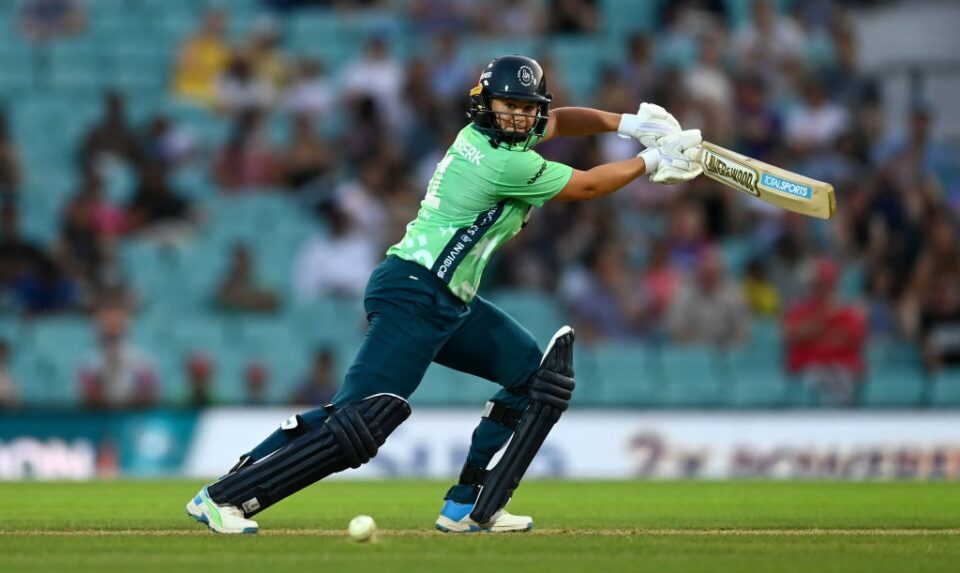 The much-awaited The Hundred tournament began with Manchester Originals taking on Oval Invincibles on Wednesday. Kate Cross called it right at the toss and opted to bat first.

Marizanne Kapp gave the team the first breakthrough by removing Emma Lamb for a duck. Georgie Boyce then joined Lizelle Lee to give the team a good start. Lizelle Lee made 42 from 39 deliveries and right after her wicket, Harmanpreet Kaur had 29 from 16 deliveries.

However, the first six of the tournament came from the bat of Kate Cross who took the team to 135/6.

Tash Farrant was the pick of the bowlers with three wickets from her 20 deliveries.

In return, Kate Cross ran through the batting order of the Invincibles. She had three wickets. That did put the team on the back foot but the skipper Dane Van Niekerk along with Marizanne Kapp added the most important partnership of the match. As the scoreboard kept ticking, Kapp had to take some risk and she had lost her wicket for 38 from just 27 deliveries.

The team was still needing 27 runs from just 18 deliveries. While Niekerk got to her fifty, it was the tiny cameo from Mady Villiers that changed the fate of the match. The latter had a four and a six that took the pressure off Niekerk who then took the team home safe in the final over.

She stood unbeaten at 56 from just 42 deliveries. She had eight fours and a six to her name.