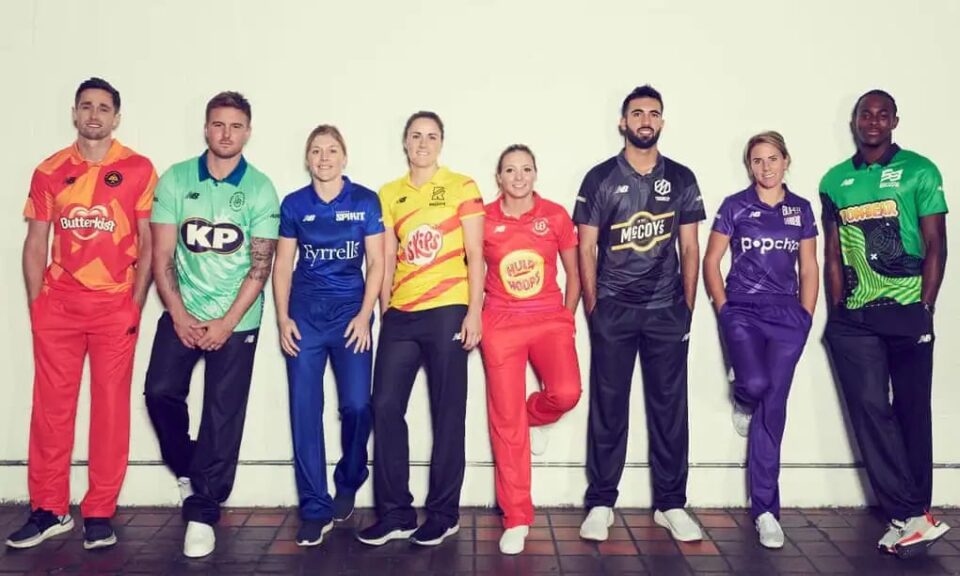 Hundreds, A 100 Ball tournament was scheduled to be played in 2020. It got postponed due to Covid-19 Pandemic. Finally, it will get underway in this July. The tourney’s first fixture Will be a women’s game played between Oval Invincibles and Manchester Originals at the Kia Oval. ECB has set sights on developing the women’s cricket to the highest level.

This game will be a live broadcast on both Sky Sports and the BBC on July 21. This will be followed by the corresponding men’s game between the Invincibles and Originals the following day. A total of 80 matches will be played in a month’s time with the final of the women’s and men’s competition both taking place on August 21 at Lord’s.

Beth Barrett-Wild, Head of The Hundred Women’s Competition Said, “Opening The Hundred with a standalone women’s match represents a historic moment, not just for cricket and women’s cricket, but more widely for sport,”

“Launching the competition for men and women at the same time is really significant. What normally happens is that a competition gets launched for the men and then four or five years later, once it is established, a women’s element is bolted onto it. Whereas what we have done with The Hundred, it is a competition by design for both genders.”

“It’s going to be played at the Kia Oval so it is a big ground. We have got big ambitions around that. There is a bit of uncertainty around how many people will be allowed to attend but our ambition for that fixture is to sell it out. We saw what was done at the MCG with the 87,000 people that attended that World Cup final last year. That market is there now. Our aim is to sell it out and be as big and bold as we can with it.”

He further states that ECB decision to start the tournament with a women’s game is beyond ordinary headlines making efforts. It is a part of visionary things which will make the game more accessible to larger audience and draw more attention to it. “We want the women’s game to be played in the biggest stadia on the biggest stage with the biggest platform and being played in front of as many people as possible.” Barrett-Wild said.

“In terms of how we harness what comes off the back of that, it is all about audience growth. It gives us an opportunity to really turbo charge the profile and visibility of women’s cricket. That’s really important. We have seen the women’s game grow exponentially over the last five years. It is all about ensuring that we really harness that growth opportunity and that we increase the number of eyeballs. That’s in stadium and through our broadcast partners. Get as many people watching as possible.

“With that growth, it will enable the women’s game to thrive in all areas. At the top end in terms of showcasing that women can make a proper, viable career in the sport now. Then also at the grassroots, having that big shop window is really important in inspiring women and girls, and girls in particular, to think that they can play cricket and that they should play cricket. So it is just normal. How do we normalise cricket as a sport for women and girls as much as it is for men and boys?”

All of The Hundred’s games are going to be shown live on Sky – it will be the first time a domestic women’s tournament shown in TV entirely. On the other hand, the BBC will show ten men’s games and up to eight women’s games too. Except the first two games, all other fixtures in the tournament are double headers with both the women’s and men’s games between the eight teams taking place on the same day and at the same ground.

Barrett-Wild played down any concern that the requirement to buy a ticket for both games – rather than just the cheaper women’s ones – could put families off going to games. “It will be one ticket but it’s so reasonably priced that we don’t see that as being a barrier,” she said. “The whole matchday experience will hopefully make it worthwhile.”

Initially, the plan was to stage women’s matches at smaller county grounds around the country but that approach had to be shelved because of the logistical challenges of COVID.

Kate Cross, English Cricketer opined on the importance of playing on best pitches rather than slower ones. She said, “It’s so important for us: if you put us on slow pitches, then you’re going to get a slow game, and that’s not what people want to see. If you put us on faster, better wickets, you’re going to see more runs and more wickets. It’s not even necessarily just the pitches – it’s the quality of the ground, us being able to get our fielding right and also having that kind of atmosphere with the crowd as well, which I think is really important. Put us on better pitches and instantly you’ll see a better product.”

This tournament will definitely be a benchmark event for the expansion and development of women’s cricket. It has been on the upper curve for the past few years & constantly raising the bar for a greater cause.