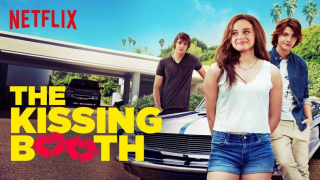 Have you seen this Netflix original movie?

If you respect friendship, if comedy and drama is your “chill time” genre, if you secretly have a crush on your friend’s siblings please do watch this movie. It is all about three people, Elle, Lee and Noah.

Elle and Lee are born on the same day and started their friendship right from their birth. They created few rules when they were six and continued to follow even after becoming an adult.

Rule#9 is none of them (Elle and Lee) should date the other’s relations.

But Elle secretly admires Noah but controls all the time as she wants to save her friendship.

Then comes a situation where they have to do some fund raising and think about opening a kissing booth in their school. Like in all schools, there are 3 popular girls in their school who is crazy about Noah (the big bro of Lee).

The three girls accept to host the kissing booth under one condition which is, they want Noah to host along with them. Elle takes different opportunities to convince Noah in co hosting but he gives a big NO.

At one scene, both realise there is something about each other in Lee’s absence and continue to take it to the next level without telling about it to Lee. Eventually Lee finds out and becomes furious and rest is the climax.

The story is quite simple and we all know what is going to happen next. But if you want to spend some leisure time by watching a movie which could give you positive vibes, you can go with this one.

The Kissing Booth- Relationships are important

Friends in different phases of life