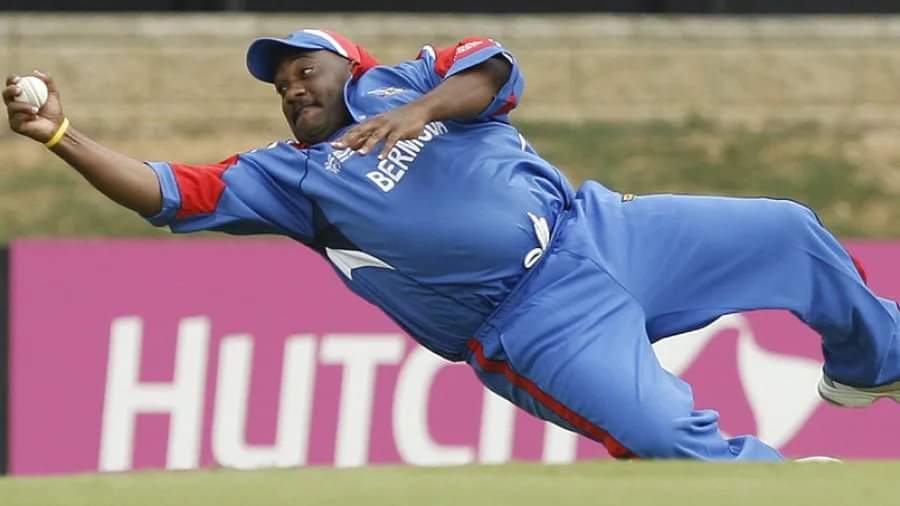 We go back to Port of Spain and 13 years back. You have Uthappa waiting to take the strike and young Malachi Jones gets ready to bowl. Ganguly standing at the non-striker’s end moves forward as Jones runs in, to bowl.

(We don’t see that on screens but he does) Leverock tells keeper Minors that he wants to go a bit right because he sees something is coming as Uthappa loves to play the ball to the third man. He moves a bit right. Leverock dreamt of this moment. He knew it.

We are just six deliveries into the match and we see the best moment of it already. As Leverock guessed, we see Uthappa poking the length delivery outside off-stump. As the things move in slow motion, we see Leverock moving towards his right and the ball hits his outstretched arm. He lands with the ball safe and takes a spectacular catch. Now, the world moves at a normal pace, we see some wild celebrations and Jones literally is in tears.

The catch turns into an iconic moment. A cult classic. Something that will be in the memories of every single cricket fan. This moment did put Bermuda on the world map of cricket records. Leverock, despite being the best bowler of his team is remembered for this moment.

There is so much to this moment too. This was a team that is a perfect mismatch to India. The latter had some of the best players in the batting line-up. While bowling, had anyone looked up the balcony they could see Sachin Tendulkar, Yuvraj Singh, Virender Sehwag, MS Dhoni waiting to take the strike. Of course, they would love to. Who wouldn’t love to?
These cricketers at the balcony are those who breathe cricket and knows nothing else, but for Bermuda, cricket is just a hobby. No, not because they are interested in making a living with it but they have to put their survival first in the priority list. Of course, this tiny place cannot afford it. We cannot blame them too. Now, in the team of part-timers, Leverock was a policeman and a jailer. He normally gets time to play the game when he is not in duty.

He also played football as was one of the best in that too. However, this catch did leave an everlasting memory than anything else. In the age of fitness-focused cricket, nobody expects him to launch himself that like to get that ball into his hand or simply dive to catch it.

With that, he not only shocked Uttappa but also squashed the misconception that the people like him cannot fly. He broke the stereotypical thoughts and did show the world that every single person who trolled that catch is actually body-shaming him and yes, we are all quick to judge others.

No matter where he went, Leverock’s moments in the World Cup was indeed special though it had more lows, he didn’t care. His high includes that catch, being able to pick Pietersen and Collingwood, partying with Gayle and a few more moments, of course. For someone coming from nowhere, playing in the World Cup is itself a fairytale, right?

With years, Leverock is one of the few cricketers who witnessed the rise and fall of Bermuda cricket closely. Well, we might see Bermuda back and they might do wonders in international cricket. However, Leverock will always be remembered for playing the world cup, for the catch and for attaining the cult status. The kiss he blew after the catch is happy sight and the memory is still fresh.

Today, he turns a year older. And oh, he plays golf now.