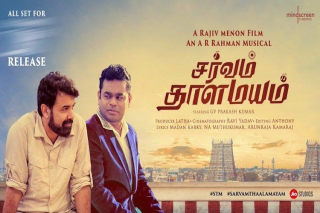 The film has been receiving positive reviews since its premiere at the 31st Tokyo International Film Festival. Sarvam Thaala Mayam will be hitting the screens on 28th December as a new year special.

“I dont want to waste which I was just doing for fun”, says Sowjanya

Actor Vijay’s next titled as ‘Master’

SJ Suryah is on board for STR’s Maanadu

In pictures: GV Prakash-Saindhavi introduce their baby girl to world