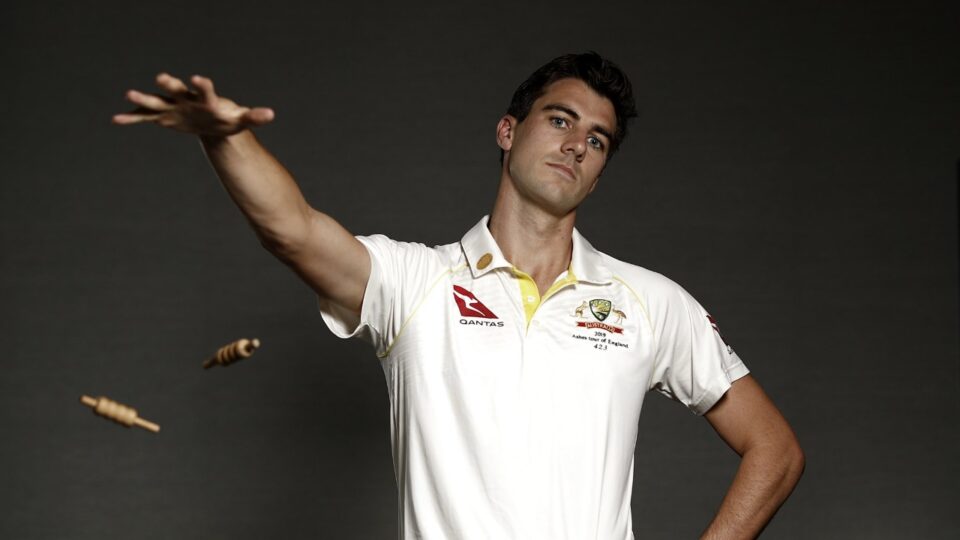 The crowd goes berserk as Vernon Philander got rid of Haddin who was grinding for more than 140 Minutes for his fifty. Dismissal Haddin opened up the gate for the tail-enders and South Africa were so close to pulling off their 2nd Test win in a week against Australia. Siddle doesn’t stay long either and he paved the way for Cummins.

Australia always loved Cummins, they loved him so much even when he was a teenager that they called him to replace Haris of all people in the team. Cummins didn’t disappoint though. Despite being nervous, Cummins ran through South Africa’s batting order with ease, especially in the 2nd innings to dismiss six of their players. Now, that was in the past. This time, he had to prove things with the bat. It was a lot to ask from an 18-year-old, nervous teenager but Australia had to do that. At least to make people forget their embarrassing loss at Cape Town. Australia was coming into that match after getting out for just 47 runs in the 2nd innings, their lowest in more than 100 years. They desperately needed that win.

Cummins took the guard and all he could see were two bowlers with the new ball who was in the middle of their monster spell. Steyn gave him a warm welcome with a fast, short delivery aimed at his ribs. Cummins found a way to escape but he knew it is not going to be easy to keep doing that. Australia needed 18 more runs to win the match and they had two wickets in the hand. Johnson was playing well, was in his 30s.

The advice in the middle was to give more strike to Johnson but Cummins took the other way around, tried to take on bowlers, there were leading edges, a drop-catch, mis-hits, body blows, a couple of boundaries and minutes later, he remained not out on 13 to give Clarke’s side a massive win. He stole the people’s attention apart from the player of the match award but then, he had to wait for six more years to play his second Test. Australia were overflowing with pacers was one thing, he was having fun with injuries is another thing. While injuries were a regular visitor, Cummins became a regular in white-ball cricket for Australia.

Seven years later, Cummins came back to Johannesburg and this time things were different. He wasn’t playing a side role but one of the leading characters. However, that match didn’t go well. Bancroft’s ball-tampering, Warner’s, Smith’s ban and Australia turned upside down.

When their main men were gone, Australia needed a leader and they found one in Paine but that leader needed a few men to stand up and take responsibility. Cummins was up for the challenge. Since then, he has been doing some horrible things to the batters and sometimes, keepers with the way he makes them stretch.

In between his two visits to Johanessburg for a Test match, all Cummins did was to constantly juggle between pain, rehab, recovery and redemption. Every year, his routine was simple. He would practice all through the off-season, would make changes to his action, would get back into the squad, talk to the press about his rehab and recovery only to be sidelined by yet another injury.

Bruised heel and back stress fracture became his best friends who would visit him every year while side fracture and other body parts kept in touch with him.

Cummins was always a sort of an extrovert in the party of injuries. He has been going out with them right from age four. Their first meet was when he had a bit of an incident with doors that ended up slicing off the end of his right middle finger. His forefinger and middle finger are of the same height. Now, that does impact his bowling a wee bit. Today, Cummins is used to it..

While he had millions of dates with injuries. He does play a good wingman to fix dates with these injuries for others too. Ask Pujara or his ribs, thighs, head, arm, fingers, toes, hip. Come next series, Cummins is waiting to play a perfect wingman once again.

When you are from Australia, one would expect you to sledge but Cummins is more of a hugger and is into handshakes too. That one day, after almost killing Pujara, Cummins neither sledged nor involved in any of the verbal talks but was shaking hands with him with that smile on his face.

Sometimes, Cummins do get bored hanging out with the bowling alone. There are times he would invite his batting to join the game. While there would keep it casual most of the days, there are days where they ended up hanging out for hours. Good old days. One of his recent meets with his batting came against Chennai Super Kings in IPL 2021.

That day, he had a fight with his bowling and things didn’t go well between them. He gave away 58 runs that day. While he was looking for a friend to hang out with, he met his batting, a sort of a sudden meet but they ended up talking for hours. The meet did go well but it was unfortunate that his batting had to leave a bit earlier than expected. While that was heartbreaking, they certainly did enjoy the day. They did promise to keep in touch as he went back to his first love, bowling.
*
When there are a million reasons to love Cummins, he finds new ways to impress us. At 28, he had better clarity than most of the Indian personalities to donate right.

I mean, who would have thought that he would be the first man to talk about the crisis which India is going through at the moment?

*
With years to come, Pat Cummins will give us other reasons to love him. Today, he is one of the leaders of his bowling attack. Give him a couple more years, he sure will lead the whole team.