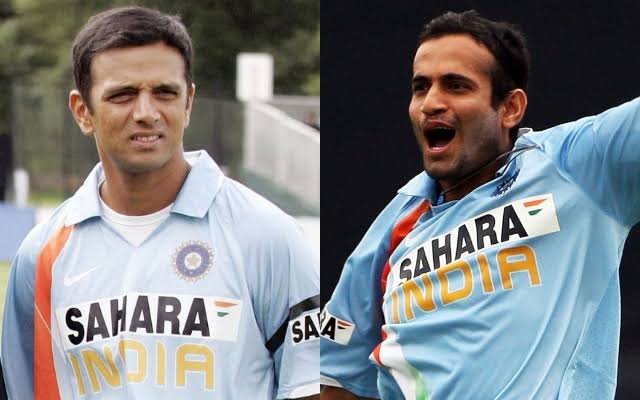 India witnessed one of the lowest points in their career in 2007 World Cup where they got out in the league stage. It was one of the toughest moments as well. Rahul Dravid was the captain of the team at that time and he had to face criticism for the performance.

Talking about how Dravid helped him after the World Cup, Pathan said that Dravid took him to movies.

“Many know that Dada was my first captain and he backed me a lot. Anil Kumble could’ve captained a lot more games for India. MS Dhoni has achieved everything. But I loved playing under Dravid, because there was proper communication under him,” Irfan told Sports Tak on Instagram Live. “Many don’t speak about Dravid’s captaincy, we created a world record while chasing targets under him.”

“Three days after we were out of the 2007 WC, we all were sitting in a room deeply dejected. That’s when Dravid called us and we went to watch ‘300’ movie,” he said.

“After some time, he said to me ‘Irfan, this is not end of the world, you played a lot of cricket and will play more in future as well. It was bad that we lost, you and Dhoni will go on and play a lot of cricket for India’. His words made us feel like we are not dead but still alive,” he said.

On this day, 1996, Ganguly and Dravid made their Test debut