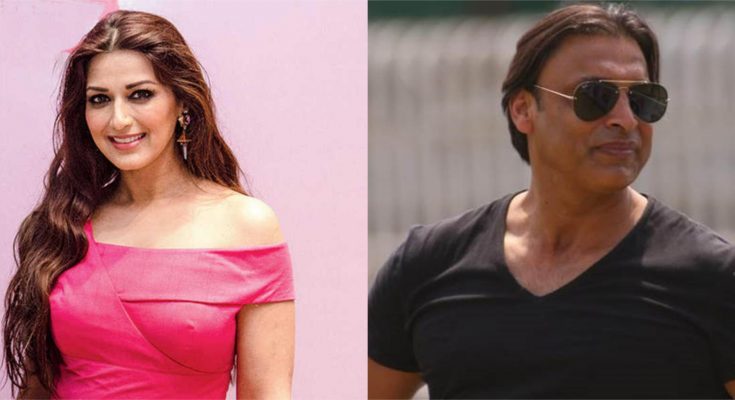 Pakistan pacer Shoaib Akhtar was one of the most feared bowlers of his days, thanks to his fiery bowling. While he dominated the batsmen, he was madly in love with Sonali Bendre. Akhter fell in love with Bendre when he saw the movie English Babu Desi Mem.

The pacer, just like us, used to have her pictures everywhere in his room and in fact, carried her picture on his wallet.

In an interview, Akthar revealed that if Sonali Bendre didn’t accept his love proposal, he would kidnap her.

On the other hand, Sonali Bendre had no idea who was Akhtar is because she isn’t a great cricket fan.

In an interview, She said:
“I don’t know any Pakistani cricketer named Shoaib Akhtar as I’m not a cricket fan at all. It’s funny that every time India plays Pakistan, the media swamps me with calls to find out about him. I’ve heard he’s my fan. All I can say is I’m thankful for that.”

Sonali Bendre is now married to the producer Goldie Behl. The actress who successfully fought cancer is busy creating awareness about the same.