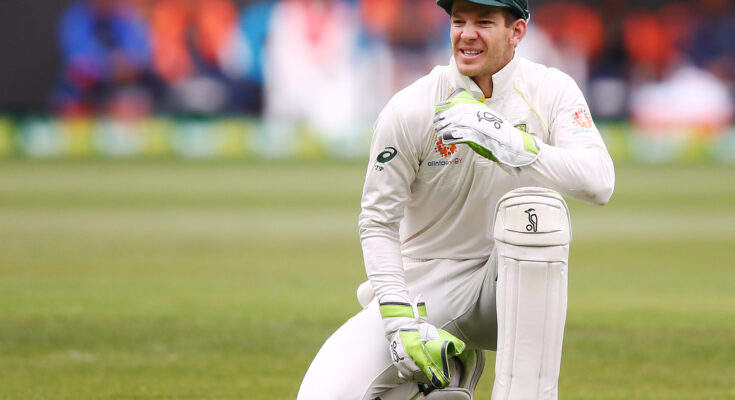 Australian Test captain Tim Paine was robbed while he was fixing his garage to turn it into a home gym during this Coronavirus outbreak.

It is reported that thieves took away his wallet and other things from his car parked on a street outside his residence in Hobart.

Paine who was practicing while he received a message for a credit card activity. He rushed to see his car which apparently was open at that time.

“I’ve actually just turned the garage into a bit of a home gym and I want to hang the (stocking) off the bit where the garage door opens,” he told SEN Breakfast.
“I figured if I can, I can work on my cover drive while I’m at it, but I’ve actually hit a bit of a snag today because I moved the car out onto the street only to wake up this morning to a text from NAB saying my credit card has been used. I went out and the (car) door was open and my wallet and a few other things had gone.”

Paine revealed the thieves straightway went to a McDonald’s where they swiped the stolen credit-card to pay for their meals. “Actually looking at my account, the boys went straight to Maccas the boys must have been hungry,” he said.

“Since that went on radio, I’ve had a message from (sponsor) Kookaburra and they’re going to send me some balls on a string that I can hook up in the garage and start training,” he said.

He also added that he has no idea what his teammates are doing but he is sure that they are all safe and is currently practising as well.

“Steve Smith, David Warner guys like that, they’re high energy, they love to train so this would be a real eye opener for them,” he said. “I think (Smith) is doing a 10km run every day so hopefully he doesn’t come back as a skeleton. But him and Marnus (Labuschagne) and Davey are probably the three I worry about. They don’t like sitting still, and Steve and Marnus don’t like not batting for too long. And Davey he literally can’t sit still.”

He continued, “Davey has got a home gym so he will be in there literally 24/7 and Steve and Marnus would have some kind of contraption where they’re hitting balls, or they’ve got their wives are feeding them balls because there’s no way those two are going a week without batting.”