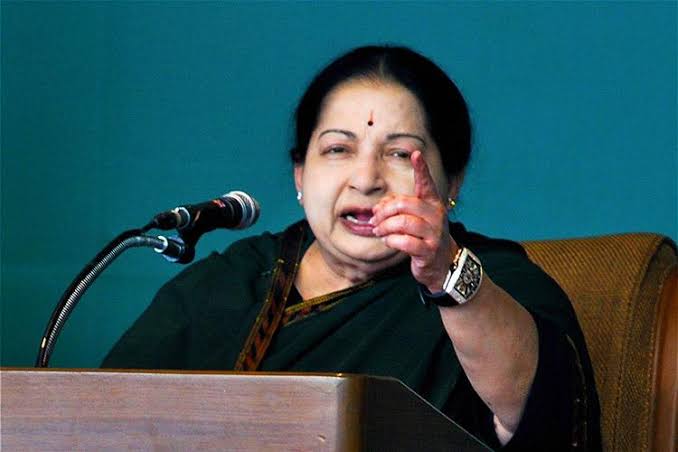 2013:
“This has finally brought to an end a long pending and vexatious issue relating to a policy by which students aspiring for Medical and Dental seats at the Undergraduate and Post Graduate levels had to go through the agony of an uncertain selection process which militated against their interest and the interests of the State of Tamil Nadu,” wrote Jayalalithaa following a SC verdict.

Supreme Court quashed the Medical Council of India’s notification for holding NEET for MBBS, BDS and postgraduate medical courses, and called it ultra vires to the Constitution.

The then Health Minister Azad hinted that the Centre would go on for a review of the decision.

“This has again created confusion and frustration in the minds of thousands of students of Tamil Nadu who have already been covered by a fair and transparent admission policy laid down by the Government of Tamil Nadu which has been working well. Tamil Nadu strongly objects to any such fresh purported attempts by the Government of India to seek a review of the judgment of the Supreme Court and efforts for reintroduction of NEET in any manner as it infringes upon the State’s rights and admission policies to medical institutions in Tamil Nadu.”

She argued that NEET would go against TN’s socio-economic objectives.

“The introduction of NEET would confound the implementation of these policy initiatives and socio-economic objectives of the State, since we would have to fall in line with the regulations of the national test, which did not have such enabling provisions. The national test would be out of tune with the prevailing socio-economic milieu and administrative requirements of Tamil Nadu. The reported move of the Union Health Minister in seeking to file a review petition before the Supreme Court of India to reintroduce NEET should be immediately dropped. The Government of India should accept the decision of the Hon’ble Supreme Court without seeking a review”

2014- When BJP came to power, she asked the Government to withdraw the review of petition.

2015- When Government hinted the reintroduction of NEET, she wrote to PM again.

“Tamil Nadu strongly objects to any such purported fresh attempts by the Government of India to review the judgement of the Supreme Court seeking re-introduction of NEET or by introducing it in any other name or manner, as it infringes upon the State’s rights and admission policies to medical institutions in Tamil Nadu.”

She added that this would affect the rural students of Tamil Nadu.

“While the Ordinance would temporarily address the issue for the current year, Tamil Nadu’s situation is distinct and different from other States.”

Jayalalithaa concluded her letter requesting that “necessary measures may be taken to ensure that Tamil Nadu is permitted to continue its existing fair and transparent system of admission to medical colleges and dental colleges in the State and not forced to implement the NEET even in the future.”

55YO man arrested for raping a cow