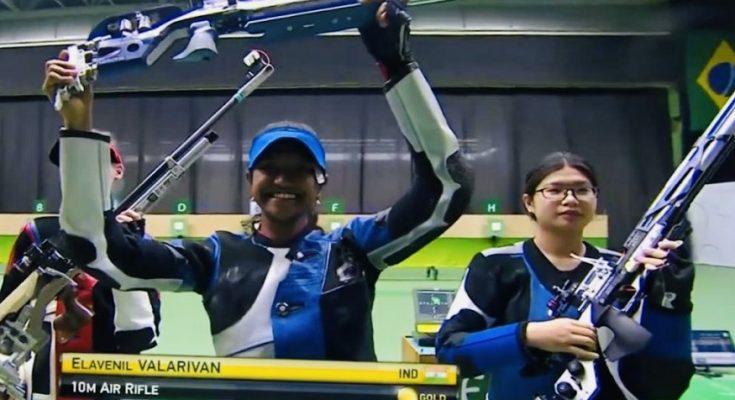 Elavenil Valarivan who had a great 2018 after winning the ISSF Junior World Cup in Sydney and Suhl, won her first Senior World Cup Gold in her debut year at the senior level.

The 20-year-old shot gold with 251.7 points, while Seonaid Mcintosh from Great Britain took the silver with 250.6 points.

She had a heartbreak when she missed out a medal earlier in Munich where she finished fourth but at Rio, Elavenil was super determined right from the word go. She even pipped the Indian stars Chandela and Moudgil.

India now has three out of four World Cup Gold medals at the 10m Rifle Women with Chandela winning two of them.

Both Chandela and Moudgil has already qualified for the 2020 Tokyo Olympics.