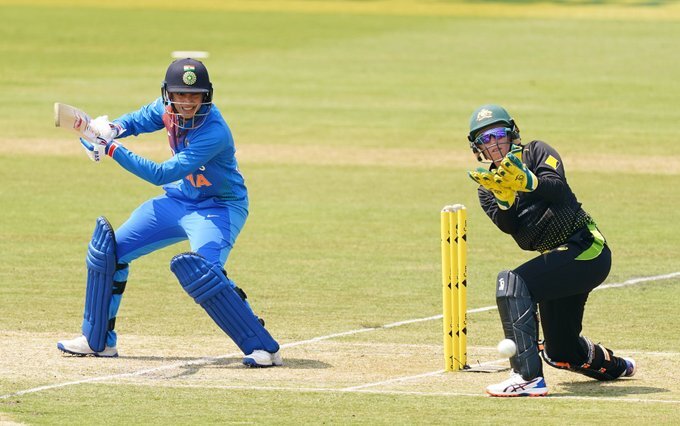 When it’s your day, it’s your day. It goes well with Shafali Verma. India needed a power-hitter and they certainly found one in Shafali. She is not only fearless but can learn from her mistakes immediately. I remind you, she is just 16-year-old kid.

Also, in Australia, whatever might be the total it is just too hard to defend and today is one great example. Australia made sure to put up an excellent show with Gardner taking up the responsibility after India knocked Healy out early.

Gardner’s 93 off 57 had support from the captain Lanning who made 37 off 22. Deol who replaced Veda today was lucky to dismiss Gardner. A high full toss and Gardner could have gone with it anywhere but she chose deep midwicket, right into the hands of Smriti Mandhana.

Australia then ended up with 173 in their 20 overs. Deepti Sharma who opened the bowling for India had better figures with 2 for 27.

India had a stunning start to the chase, thanks to Shafali Verma who cut loose. She was hitting boundaries all-around the place and she had eight fours and one six for her 49 off 28 deliveries.

She was replaced by Jemimah Rodrigues who smashed 30 off just 19 before getting out. India then had Harmanpreet Kaur coming in, taking up the anchor role to Smriti Mandhana. Smriti, who was playing the second fiddle to both the youngsters, took up the charge and got the match close with her 55 off 48 deliveries. However, when India was needing only a few runs to win, she got out.

Though India had Kaur at one end, the pressure was mounting. The cool-headed Deepti Sharma then smashed a four, with a beautiful swing of the bat to make sure that India had only four runs to win in the final over.

She then came back to strike when India was needing only one run off three deliveries and smashed to a boundary to take India home safe.

This match is certainly a big boost considering the batting, especially, Smriti Mandhana, who had to keep changing the gears. Having said that, India have a lot to work on when it comes to bowling.

Suresh Raina ruled out of IPL 2020. Returns home due to personal reasons