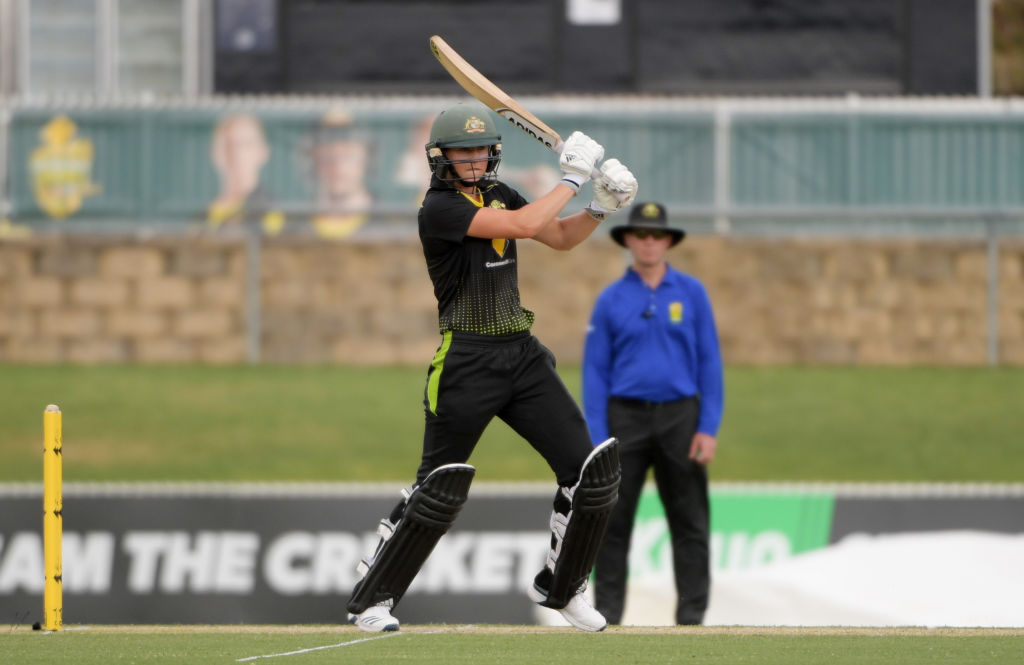 India had no answers for the brilliance of Ellyse Perry as they go down fighting against Lanning less Australia.

Australian team didn’t want to take risk with injueed Meg Lanning and they made sure that Meg lanning gets the necessary rest.
It didn’t affect the Australian line up as well.

Batting first, India lost a few wickets very quickly than expected, and there were pushed to the back foot. However, once again, it had to be Smriti mandhana and Harmanpreet Kaur who rescued India and took to addition total of 103, while it was certainly not enough, India at least had something to fight for.
The team came back stronger with the ball by picking up early wickets against Australia who struggled.

Unfortunately, for India, Australia bat deep and the total was not a big one where they could add pressure by dot balls.

Perry, who destroyed the Indian batters by picking up four wickets, came back to destroy the bowlers as well, scoring 49. She made the chase easier for Australia and they open the account.

For India, there are more concerns as Arundati Reddy also injured herself.

Most importantly, the team’s problem is with the batting as nobody takes up the responsibility to win matches. Also, it will be interesting to see who sits out if Poonam Yadav comes back.