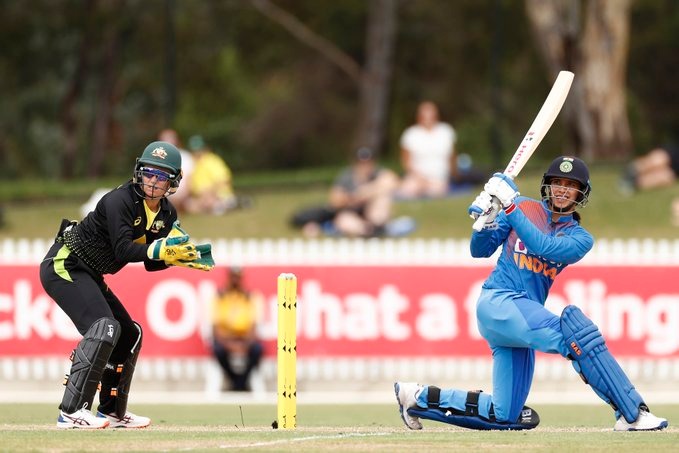 Once again, Australia has done it from nowhere and changed the result, thanks to the stars the team has. Each player in the team is capable of winning from nowhere and the hardest part for the opponent is they cannot come up with a plan for a single player. They have batting depth and they have stars who can knock the stumps.

Of course, they had a slump against India in the previous match where they let Shafali Verma break the pressure followed by Smriti Mandhana’s sensible performance.

This is not the case today as the hosts bounced back from nowhere to clinch the title.

Batting first, Australia lost Healy early and they had Gardner and Lanning providing cameos. Lanning was lucky today and survived a bizarre run-out. The Australian captain gave a touch to the ball which went to Shikha Pandey at mid-on. Pandey was quick to grab the ball and throw at the stumps. The ball pitched right before the stumps, however, the patch before the stumps came off, changing the direction of the ball, which missed the stumps. While everyone went up for an appeal, they were surprised to see that the ball missed the stumps.

However, Lanning did not last long and she got out for 24. While Mooney was doing the necessary damage with her unbeaten 71, Haynes smashed two boundaries and a six for her 18.

India then came out to bat with a target of 155. Shafali once again did not show any mercy and smashed Perry for a four and a beautiful six. Vlaeminck then got rid of Shafali early in the next over.

India had Richa Ghosh coming in next, the debutant who was visibly nervous did play well for two boundaries but got out for 17 off 23, blame the run-rate pressure.

Smriti Mandhana had a close look of India’s fall with the bat, thanks to Jonassen’s brilliance and also, India’s poor shot selection.

Smriti, who made 66 off 37, made us all believe that she was going to do it for the team but unfortunately, the old trick, the short ball worked well against her as she got out to Schutt. With that, went out India’s hope as the team fell 11 runs short of the target, gave away the match once again.

Sai Pallavi, only actor in Forbes India 30 under 30

Watch: Jaw-dropping performance by Indian crew for Marana Mass at America’s Got Talent

Getting rid of Smith, the England puzzle!