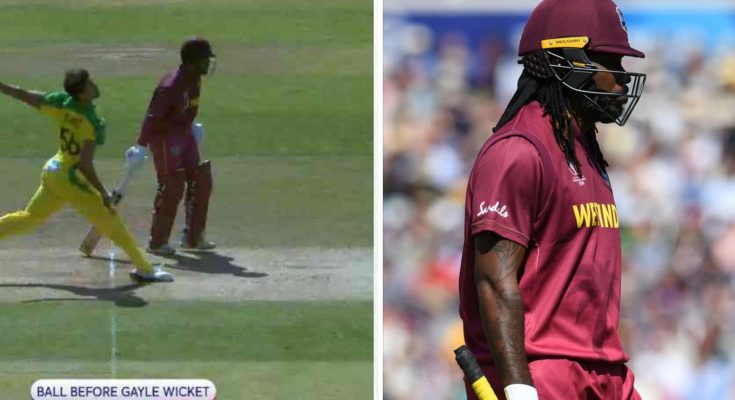 In yet another series of bizarre umpiring,Chris Gaffaney missed a no-ball from Mitchell Starc that would have saved Chris Gayle’s wicket at Trent Bridge on Thursday.

Had that been called on time, Gayle should have had a free hit but was instead out leg before wicket off the fifth ball of the ove.

In fact, in the previous over from Starc, Gayle had two back to back reviews that eventually saved his wicket.

The first was given caught behind but the ball didn’t click the bat instead it clicked the bails which didn’t move. The second was LBW.