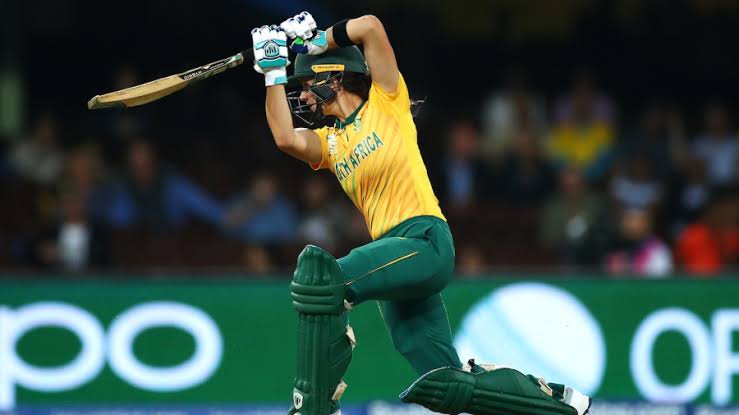 Undeniable talent. Possibly, these are the exact words that describe Wolvaardt. There are not many people who can play those cover drive better than Wolvaardt. She is an absolute star. She can not only play long innings but also can take up the role of a finisher. The way her bottom hand generates power is yet simply beautiful to watch.

At 11, when she got into club cricket, the graph only got better for her.

She was selected to play against mighty England and in her first match, she was visibly nervous. Her legs literally were shaking and she was timing the ball poorly. Of course, she was against one of the best bowling attacks and she was a teenager.

While she looked like a young talent who would take time to get going in the international circuit, she broke the chords in the next match itself.

In the second ODI, she looked like a different player altogether. Her strokeplay was jawdropping and the way she complimented Trisha Chetty was a treat to the eyes. She brought up her maiden fifty and led South Africa to the victory.

She, of course, hates losing, hey, she topped in her academy with all in. The most difficult choice she had to make was between medicine or cricket while following music side by side. She can play the guitar and is a songwriter too.

Coming back to my recent memory of Wolvaardt, it had to be the semifinal against Australia where she almost pulled it off. It wasn’t easy enough, blame the rain, the champion bowlers too but she tries till the very end. Her unbeaten 41 off 27 had some finest strokes that can only make you wonder how talented she is.

In the 10th over, she would move towards her leg side to give herself some room. Carey would follow her. Wolvaardt would adjust a bit and would swing her bat over the covers for a boundary. That was the shot of the tournament for me.

Under pressure, I cannot think of any other batter who would pull that shot off with elegance.

To say why she is undeniably one of the best players ever, she is the fastest woman to score 1000 ODI runs. She already has 18 fifty-plus score which is the most for any player-men or women- before turning 21. #SachinTendulkar had seventeen. She is also the youngest South African to score a ton.