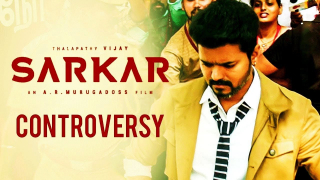 Varun Rajendran have claimed that A R Murugadoss have stolen his story and Bhagyaraj stated earlier that both the scripts seem similar and Varun should be given with credits for the story. Both A R Murugadoss and K Bhagyaraj tried to prove their points by giving interviews in various YouTube channels and somehow, now comes some changes from the Sarkar team that,

“No credits for Varun will be given regarding the Sarkar story case. A recognition stating that Varun had the same story line will be highlighted in the credits”.

After the case got solved, Varun stated that he didnt file a case to stop the movie from releasing, he just needed the recognition for the story.

We wanted to create a brand for our traditional foods, thus Tosai: Sudhakar

Annaatthe to release by Pongal 2021