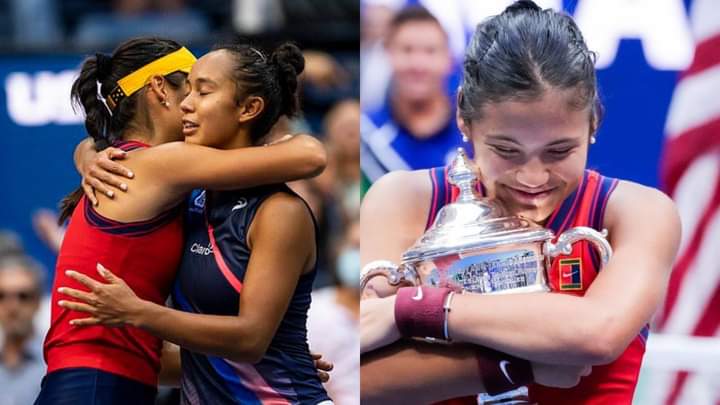 Go through the social media posts of Emma Raducanu. At the beginning of 2021, one of her tweets was about A-levels. Go deep in. You would see a picture of her with Roger Federer, with a caption- It happened. She was all of us a couple of years ago. Lesser did we know. Lesser did she know.

Roger Federer and Emma Raducanu possibly have a few things in common. They both know how to play the game and make it look easy. The years that went through in Federer’s game, makes it looks like art. Raducanu is getting there. Either way, they both tend to make the opponent work for the points.

Raducanu’s game is pretty simple. Dictate the point. Standing at the baseline, she hits the ball corners, and when the opponent gets there, there is a thunder-like but not-so risky reply. The top spins come in handy whenever needed. She goes for the corner serve and steals aces too. One of those happened during the Championship point.

If you are staying behind, keep the rally going, force your opponent to make a mistake. If she is weak on her forehand, keep going for it until she let her guard down. While doing all these, make sure you pull the crowd in. Wave at them, smile back and acknowledge their support whenever you can.

Raducanu did all these. Not once. Not twice but for two continuous weeks, in the day. In the night. She didn’t get a wild card, thus, she had to storm her way through the qualifiers. She took down, one opponent at a time. One game at a time. Not once she came closer to dropping a set. It was all pretty cool, but it was her resilience to withstand the pressure that stood out. To play this way in only her second grand slam is a fairytale story.

June-July 2021. Raducanu came through opponents and made fans during her performance in Wimbledon. It was unfortunate that she had to retire in the mid-game because of medical advice. She had to put herself first when things weren’t going her way. People thought she was weak. She became a topic of debate. Kevin Pietersen, who had to move countries to play international cricket, called out Raducanu, asked her to “deal with it”.

She took to Twitter to thank her fans for the support that was it. She was ranking 380-plus at that time. Two months and 20 consecutive sets later, she is holding the Grand Slam, will be #23 on Monday and will be seeded soon.

Now, this is not the first time, we have seen a fairytale story of teen wonders in Tennis. We have seen loads of them in WTA, a few in ATP. That magical shoe had fitted a lot of players here. It is just unfortunate that many had disappeared like a flash in the pan, one-match wonder. Raducanu doesn’t seem like one, but years will tell.

At the other end of the final, we had yet another teen hardly heard of until this summer. While Raducanu had a straight run, Fernandez journey was a bit dramatic but one to remember. During her way to the final, she took away the dreams of Naomi Osaka, Elina Svitolina, Aryna Sabalenka and Angelique Kerber, all in three sets. The names here must tell you how hard Fernandez fought. Not only physically but also mentally.

Her defensive skills were one thing, but her serve was brutal, in a Nadal-sque way. She made up for her height with her foot speed. Unlike Raducanu, she played far behind the baseline and liked to go deep in rallies. She won most of them too. One would wonder how and where the energy of this teen comes from. Such was her effort. Such was her result.

In the finals, both players gave it all, but Raducanu won the mental battle. The score might not tell the whole story, but the crowd got what they wanted. It was a final filled with two teen dreams. Only one got through the door that night. The other will have to wait for now.

Fernandez might not have won the trophy, but she certainly, won hearts. Not only because of the way she played but also because of the empathy she showed.

She was not even around when the 9/11 incident happened. Yet she asked the mic back after the presentation to acknowledge the event and appreciated the courage of the New York crowd. This isn’t something a typical 19-year-old would do.

Maybe, not today. Not tomorrow but if she continues to go this way, she will not only break the door but destroy it. 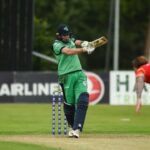 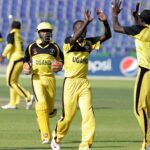 Emma Raducanu wins the US Open 2021