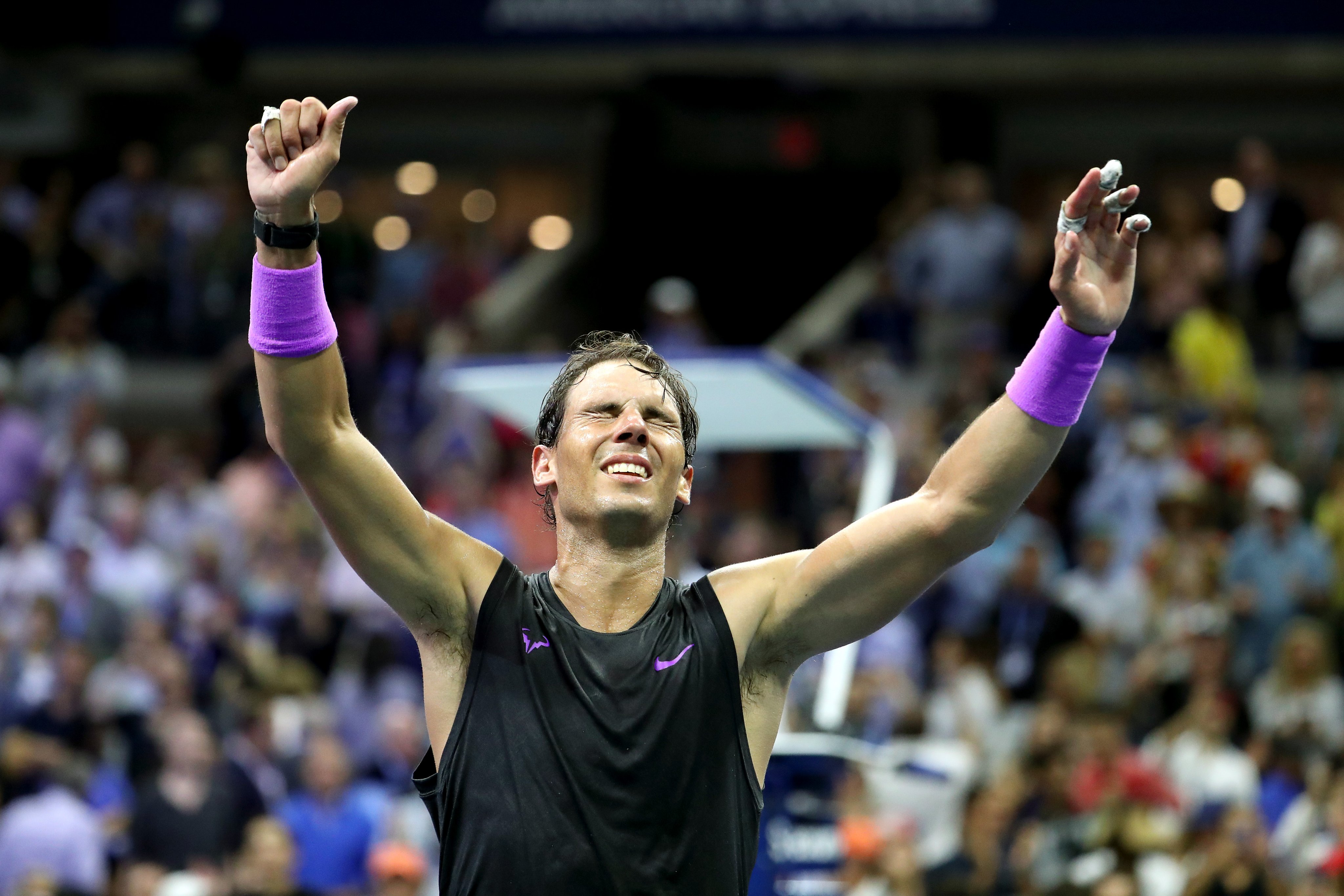 Nadal defeated Medvedev in five sets to lift the US Open for the fourth time.

Nadal, who won his 19th Grand Slam on Sunday, took the first two sets 7-5, 6-3. Of course, the numbers are lying and Medvedev was pushing Nadal to his limits. Nadal was even nervous during a few points.

What followed was some jaw-dropping energy and hitting from Medvedev who fought back rigorously to take the next two sets 7-5, 6-4.

In the fifth set, Nadal went up 5-2 and was serving for the match but Medvedev broke back and took the next game to push Nadal to 5-4.

Nadal held his breath in the end to take the set 6-4 and thereby, winning the match in four hours and 51 minutes.

The match was mentally, physically brutal for both the players and we got to feel for Medvedev who was pushing hard only to end up on a losing side against the 33-year-old beast.

Nadal with this win is just a Grand Slam away from equalling Federer’s record of most number of Grand Slams and the chase is on.

Of course, as he said Nadal is not going to lose sleep over this and will take one match at a time. The next thing on Nadal’s list is marriage.