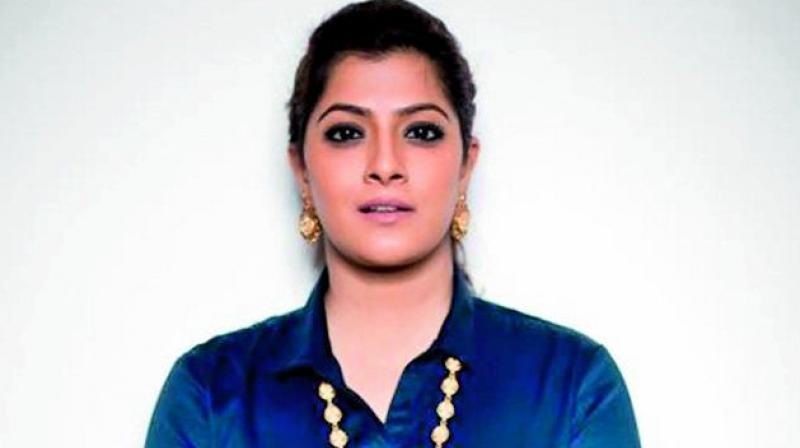 Varalaxmi Sarathkumar, possibly the strongest person I have ever seen among the current generation superstars, always spoke her mind no matter what. Be it #MeToo or her ‘Sakthi’, she always inspired us.

Now, in a recent interview with a television channel, she shared her thoughts on the casting couch. She said, “Women should expose the predators.”

When the anchor asked that people lose their chances if they expose such people, she said, “That’s a choice they make. I have faced a similar situation but I brought it out in the open. I have faced all these issues and I learnt to say no. Despite being a star kid, it happens to me. I have proof of recorded phone conversations where people have said that I would not compromise and that I am not cut out for this. I have listened to such conversations.”

She further added, “That’s when I decided that I don’t need such films. I learnt to say no. It took me time to do that and it was difficult. Many people banned me because I said no to casting couch. But, today I am standing on my feet and I have completed 25 films. I have managed to work with 25 producers, good directors and I am continuing my job. I have signed my 29th film. So, I am happy.”

Varalaxmi also pointed out that some women say yes to casting couch and then complain when they do not get an opportunity. “It’s a waste of time when people do that. If you’re being approached to compromise, say no and walk out. That is my point. Women should decide whether they want to get involved in casting couch to go up the ladder. I am not judging anyone here. Because that decision needs a lot of courage too. Mentally, a person needs to be very strong to take that route. You can also pick another route, where you can reject such offers, struggle like me and then become an actress,” she elaborated.

The first look of Jyotika’s next, Ponmagal Vandhal is here and it looks like Jyotika will be playing the role of lawyer in the movie.