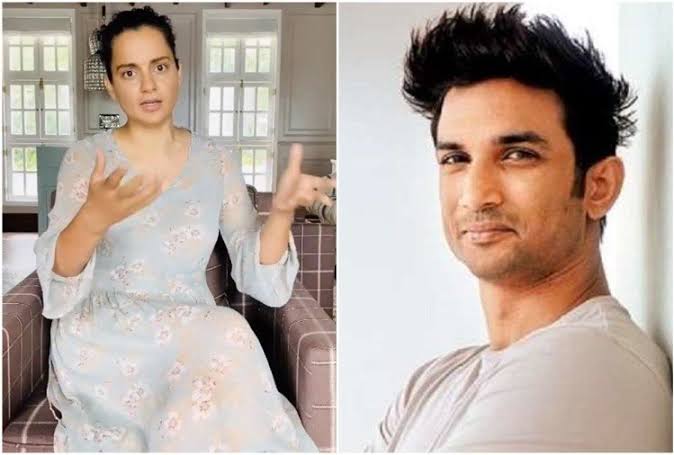 Right after Sushant Singh Rajput left us all to a better place, the social media is fuming. There is a massive outrage regarding the Bollywood outsiders vs the nepotism.

In her new video, Kangana Ranaut joined the fight where she slammed nepotism once again. Here is what she spoke, roughly translated from her video:

“Sushant Singh Rajput’s death has left all of us devastated, but some are looking for a parallel narrative even here. That whoever has a weak mind, they slip into depression and kill themselves. A guy who has a scholarship from Stanford… he is a rank holder of his engineering entrance, how can his mind be weak?

If you look at his last few posts, he is clearly saying, begging people to see his films, that I don’t have a Godfather, I will be thrown out of this industry. Even in his interviews, he says why doesn’t this industry make me its own? I feel like a leftover. So doesn’t this incident have any reason?

He didn’t get any acknowledgement for his debut film, Kai Po Che, or MS Dhoni: The Untold Story, or Kedarnath, or Chhichhore. A bad film like Gully Boy gets all awards, Chhichhore is the best film by the best director, but his film gets no acknowledgement.

We don’t need anything from you, we don’t need your films, but the films that we do on our own, why don’t you acknowledge us for that? The films I myself direct, why do you declare those superhit films flop? Why have you slammed six cases on me? Why did you want to put me in jail?

There is also a section of journalists who write blinds on Sushant, that he is psychotic, he is neurotic, he is an addict. But you find Sanjay Dutt’s addiction very cute.

These people message me that you’re going through a difficult time, you don’t take any such step. Why do they tell me these things? Why do they want to put these things in my head, that you should kill yourself.

Sushant’s mistake was that he believed in them. They told him that he was worthless, and he believed that. He didn’t remember what his mother told him. Those people want that they write history, and in it, they write that Sushant was of a weak mind. They will not say what is the truth. So we need to decide who will write history. We will decide that.”

Actor Sushant Singh was found hanging recently and it is reported that the actor was suffering from depression for a long time now.

“Let them prove by filing a case”, says director Prem on plagiarism controversy