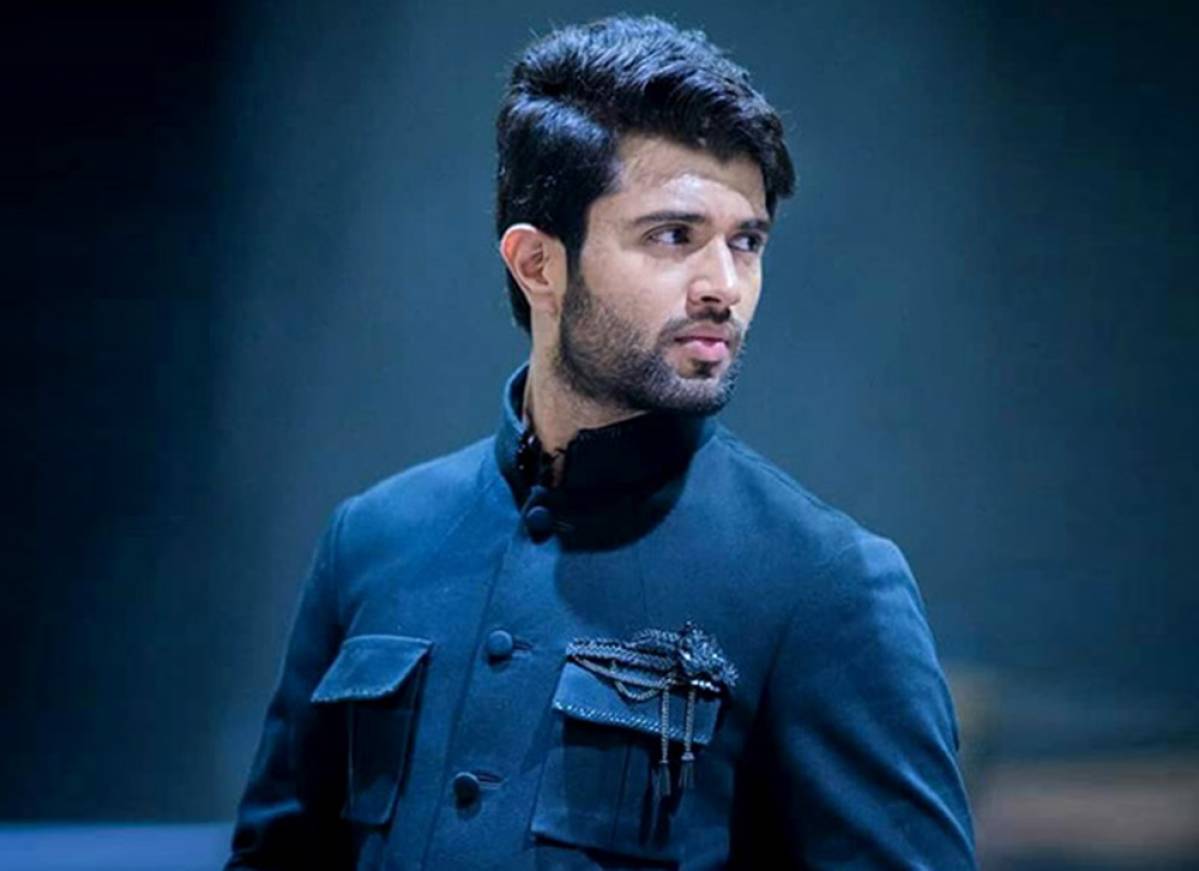 Vijay Deverakonda is a name that has grabbed the spotlight in a very short span of time after his telugu film Arjun Reddy(2017). His films and film choices are often discussed and scrutinized for they bring controversial topics to the discussion table more often than not. He is indeed a promising actor, in this modern world, who strives to find happiness with his life and film choices. Vijay has been making headway since the beginning of his career in southern Indian cinema. Though he was debuted in the film Nuvvilla (2011), he started to shine after Yevade Subramanyam (2015). And he gained all the attention with the rom-com Pelli Choopulu (2016). He shows no compromise and sticks to the only film choices that piques his interest. He was listed in Forbes India for 30 under 30 in the year 2019.

Vijay’s inspiring success, after a bit of wait, is noteworthy and the recognition, he has earned, speaks for itself. He quickly rose to the unattainable fame after the film Arjun Reddy in both Telugu and Tamil cinema. Inevitably, he was criticized for his unconventional film choices. Vijay and his filmmakers get bashed for their film choices. The films, they deal with, treads on the problematic issues that we still try to make it right in society. Arjun Reddy is one of his films that’s widely talked about for its glorification of toxic masculinity. It explores a character with anger issues and the struggles in his love life due to that. There was a wave of people online who come from both sides to defend or to attack the film when it was released in 2017. When the films were remade as Kabir Singh in Hindi and Aditya Varma in Tamil in 2019, it stirred up the buzz and Arjun Reddy was in the discussion once again. But Vijay would say “you see what you want to see” to the people who come to attack him. He doesn’t truly share the belief that films have a dire need to satisfy its social responsibility. And sometimes, this makes him a little edgy with his film choices. He has banked fans in Tamil Nadu across the border. It encouraged him to do a direct Tamil film NOTA (2018).

Pelli Choopulu(2016) and Dear Comrade(2019) films are also the important films in his filmography. Pelli Choopulu is a sweet rom-com film about a boy who is confused about his life choices and a girl who is clear about what she wants and how it beautifully registers the boy’s sudden realization of what he wants to do with his life. Vijay and Ritu Verma shared the screen and made it a wonderful treat. Dear Comrade is a film about a friend, a companion who stays in life to see the people, they love, achieve great things. The star takes the backseat while the content is driving the film. (He does have some “hero” moments in the film while not overshadowing the content). Vijay and Rashmika Mandaana share the screen in this film. They share an incredible chemistry on screen since Geetha Govindam (2018). All these movies have a portrayal of male characters who are not self-centered like Arjun Reddy. Even then, the scale is not balanced out as the actor keeps getting attacked.

While Arjun Reddy has been getting bashed for its issues, this charming actor has reflected his disappointment towards the people who haven’t backed his film choices like Pelli.. and Dear Comrade too. Maybe, ultimately, with this constant frustration, he chose to do the film World Famous Lover(2020) which didn’t appeal any set of audiences. Still, the actor in Vijay Deverakonda, stands firm on his decision to do films that only intrigues him. It’s nice to see an actor, one among a few, who chooses his projects only based on his instincts without worrying about banking the fans and stay appealing only to them. He deserves a kudos to his film choices. We wish him on his birthday to do more films where the content is the star.