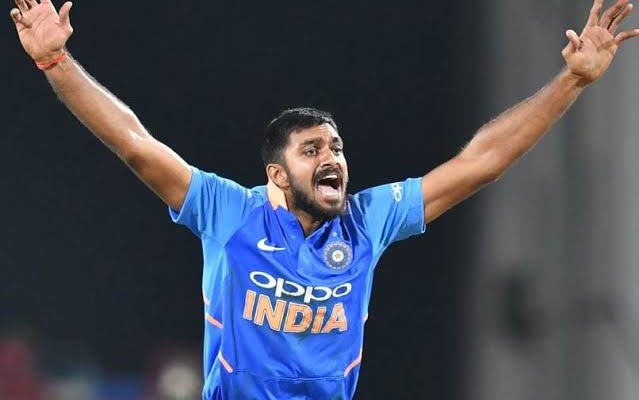 The Indian all-rounder Vijay Shankar hurts his right forearm while batting at the nets on Friday, a day before India’s warm-up match.

Vijay Shankar, who was in the secondary group of batsmen in the training alongside MS Dhoni and Hardik Pandya, hurt himself while trying to hit a pull off Khaleel Ahmed.

The all-rounder was seen walking back to the dressing room immediately. The seriously of the injury is unknown and BCCI is yet to make an official statement regarding the same.

Vijay Shankar was selected in the team for his ability to provide support with bat and ball while being one of the quickest on the field.

India will begin their World Cup campaign on June 5th, will play their first warm-up match on Saturday.