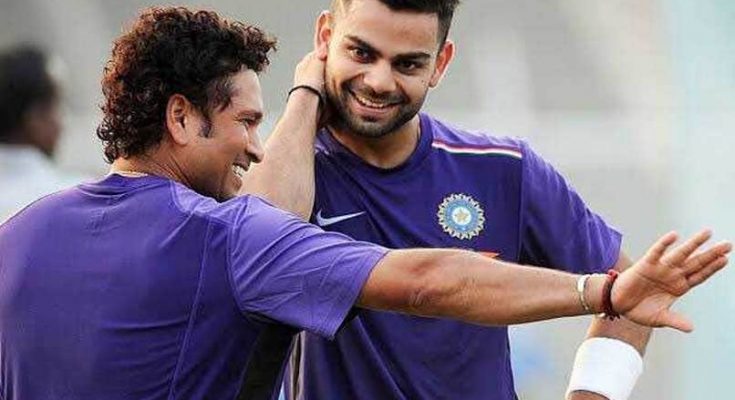 India’s master batsman Sachin Tendulkar on Tuesday said that Virat Kohli alone cannot win the World Cup for India and he needs support from other players too. The veteran also said that players should step up during the crucial moments at the World Cup 2019.

“I think you will always have a couple of individuals stepping up every game but without team support, you can’t do much. Just because of one individual (Kohli), you can’t win a tournament. No way. Unless others chip in at every crucial stage. If that doesn’t happen, there will be a disappointment,” Tendulkar said.

Tendulkar is hardly worried that India doesn’t have a settled No. 4, saying the slot can be kept flexible as per requirement and match situation.

He backs India, Australia, England and New Zealand or Pakistan to make it to the Semifinals of the tournament.

India has already reached London and will begin their World Cup 2019 campaign against South Africa on June 5.