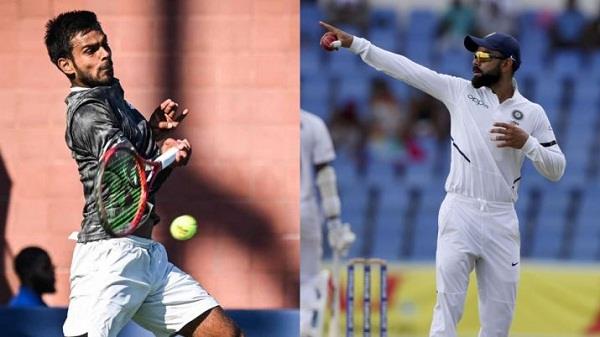 The Indian Tennis sensation Sumit Nagal who had made us all heads turn with his brilliant performance in the US Open received appreciation from various celebrities including his opponent Roger Federer.

In fact, right after he recovered from the injury in 2018, Nagal is having a good run. He played in Hamburg Open but went down to Richard Gasquet. Taking a set against Roger Federer is certainly a dream performance for the youngster.

While Nagal is doing great in realising his dreams, Virat Kohli Foundation is one of the sponsors for the youngster. Nagal has had the support of the Foundation for a year and a half now.

Right after Nagal qualified for the US Open, Virat Kohli took to Social Media to congratulate him as well.

Nagal first was training under Mahesh Bhupathi and after years, he moved to Canada then to Germany where he trains under the current coach Sascha Nensel.

“I think he knows what he can bring. That’s why I think he’s going to have a very solid career. But, of course, it’s not the game that comes out with the biggest surprises. It’s really consistent. I think he did it very well tonight,” Federer said.

I wanted to take a break after T20 World Cup: Harmanpreet Kaur