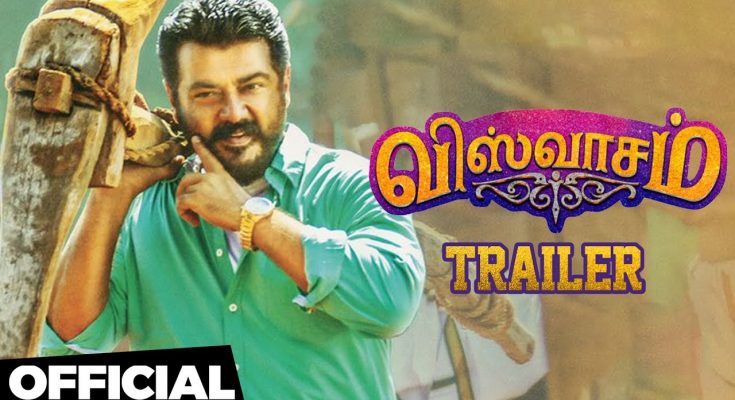 To the excitement of Thala Ajith’s fans, Viswasam trailer is here. Editor Ruben has done an excellent job to make the trailer focus completely on the mass factor of Ajith, something surely likeable considering the fan following of the actor.

Both Young and old Thooku Durai make their appearance in the trailer with a few dialogues though looks good has a little resemblance to his previous movies. Yet looks interesting. The Lady Superstar Nayanthara had literally three shots in the trailer which includes a shot from a song. Yogi Babu’s humour is seen here as well. The antagonist Jagapathi Babu looks fit and the trailer does have some dialogues for the villain for which Ajith gives ‘mass’ counters.

On the whole, the trailer is entirely meant for Ajith and sure is a treat to them. I doubt whether the movie can win against the superstar’s Petta and it’s multiple star-cast. Guessing from the trailer that this movie has the potential to compete.