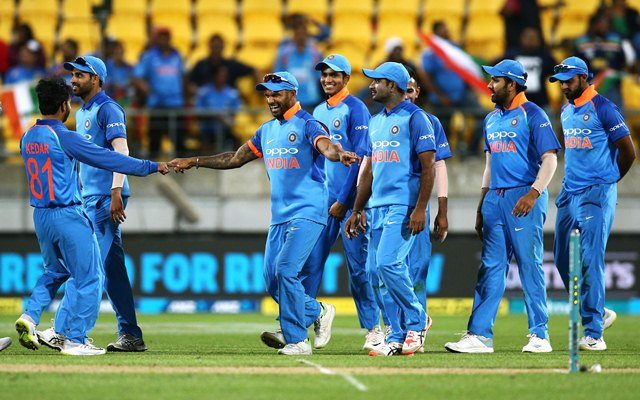 Tom Latham who has been a vital cog in the New Zealand team will miss out two of the warm-up games due to a finger injury, and the other Tom, uncapped Blundell, will replace him.

However, it is not clear if he will be fit for the first World Cup match against Sri Lanka and is certainly a huge blow for New Zealand. Speaking of which, India might miss the contributions of their all-rounder Vijay Shankar who has picked up an injury during the nets. Though the injury is not as serious as Latham’s, India might rest him for today considering it is just a warm-up match. In that case, India will opt to play either KL Rahul or Dinesh Karthik at number four but will certainly miss a bowler. On the other hand, Kedhar Jadhav who has just recovered from the injury might be rested as well.

Still, this match will be a great test for the Indian top-order in England as they will come across one of the most experienced pacer duos of Southee and Boult. All eyes on the Indian bowlers as well who will look to stop both Williamson and Taylor as early as possible as both the players are in top form as well.

Most importantly, this match will be a test for both the finishers for India, MS Dhoni and Hardik Pandya. Also, Hardik Pandya, the bowler.

Undoubtedly, Hardik Pandya is the player to watch out for in the Indian side whereas Ross Taylor is the one who can make the difference for the New Zealand side.