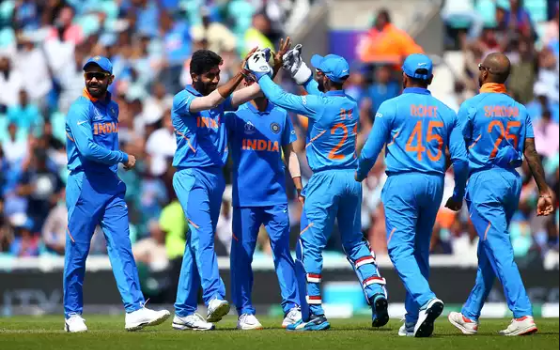 It was a dream warm-up match for the Indian team as most of their questions were answered, yes, it is insane if we come to a conclusion because of a match or a performance, but this is the closest we can get to the answer, so, let’s take it.

In the rain-hit match, India had sluggish start with both the openers failing once again to contribute much. Once again, it was Kohli’s steady innings alongside Rahul led the platform for Dhoni and Rahul to unleash themselves in the middle overs and both the batters went on to get a ton. With some help from the lower order batters, India managed to reach 359 in their fifty overs.

In return, Bangladesh started well with Liton Das and Soumya Sarkar adding 49 runs for the first wicket. While Liton Das continued to with Rahim to score 73, Soumya Sarkar got out early. In fact, after the partnership of Das and Rahim, India was able to wipe off Bangladesh’s middle-order with ease and the lower order batters provided some resistance along with Rahim.

Bangladesh’s only positive came from the bat of Rahim (90) and Liton Das (73). Whereas, when it comes to the bowling, the pace attack did well early on in the innings, but with the lack of speed in the middle-overs where the pitch wasn’t assisting much as well, Bangladesh failed to remove both Rahul and Dhoni. The field placement in a few overs wasn’t working as well. For example, not attacking with two slips early on the innings after India lost a wicket early. In fact, Kohli had an edge that flew past the first slip. Bangladesh will be looking into this as well.

India:
After the first match against New Zealand where the Indian team was actually glad for a few positives, had a dream match on Tuesday. Dream match because of the number of questions that got the answers.

Indian Middle Order:
Since the last World Cup, India tried all their possible options for number four. Thankfully, India’s top three was too strong that the impact of not having a consistent number four player hurt much. Still, if we are trying to win the World Cup, it is important for us to tick all the boxes.

Considering the fact that Rahul came in at four, provided an innings like this, it can be called as one of a kind, Especially, because that came when the Indian top order failed, which rarely happens.

Rahul really did make the batting look easy, and with the knock, he almost certainly fixed his spot for number four, but yes, it will be interesting to see how he goes in the World Cup against the top teams. Also, with the ability to keep wickets, Rahul can also be used as the keeper if it is necessary considering the health of MS Dhoni.

MS Dhoni:
MS Dhoni carrying his form right through the year is one of the best things for India. We all know how impactful Dhoni is when he gets going. What is more special about the innings is that this knock came quick. It was a cracker of an innings with no doubts. India will be looking forward more of Dhoni finishing it off in style kind of innings, but personally, I would want to see the Indian top order click well so that Dhoni’s job with the bat is minimized.

Importance of having runs:
We know India is a powerful team when it clicks together. With a lot of runs on the board, the bowlers were given a lot to defend. That comfy cushion did help India early on where there was a partnership going on between Das and Rahim.

India made sure to throw the ball to all their possible options and the result has been fruitful except for one or two.

Kul-Cha effect:
Going into the World Cup we all know the importance of both Chahal and Kuldeep and their form. Though Chahal had a decent record at the IPL which would have given him the confidence coming into the World Cup, Kuldeep Yadav had not only a forgetful tournament on the field, he had to fight with himself mentally. The pressure was high.

Jadeja making use of the opportunity:
On the other hand, Jadeja had displayed his talent both with the ball and the bat in the Warm-ups. It will be interesting to see if he gets more matches considering Kedhar Jadhav will be back into the team.

Failure of opening pair:
One might point out the failure of the opening pair. Yes, they failed but it is just the Warm-ups, and the amount of experience both Rohit Sharma and Shikhar Dhawan have, they can bounce back anytime. Even a single delivery is enough for them to find their form.

The left-arm pacers have affected both the openers in the past and something they would love to overcome as well. Still, there are occasions where they completely ruled the opponents, and with no doubts, they are the best opening pair in the world and have the most number of runs after Virat Kohli for India.

Virat Kohli:
The most important factor for India is Virat Kohli must get going, and all the other players must play around him. In both the practice matches, Kohli was ordinary considering his calibre. The runs from Kohli’s willow is something important as well.

The England conditions have troubled Kohli early in his career, but he dominated the next time he visited the country. Kohli loves challenges and loves to give it back. Not scoring in both the warm-ups is one because the failure of Kohli is super rare.

Also, Vijay Shankar, who didn’t play in the first warm-ups have a poor outing in the next and will be kicking himself for the same because he was the potential number four when the squad was announced now he almost certainly has lost that position to Rahul, and his bowling didn’t help him either but yes, one poor match cannot rule him off.

On the whole, this win will boost India’s confidence a bit as the team finally found a way to win a match after losing the series against Australia.

T20 WC, SF2, AUSvSA: Advantage Australia in what could be a rain-curtailed game