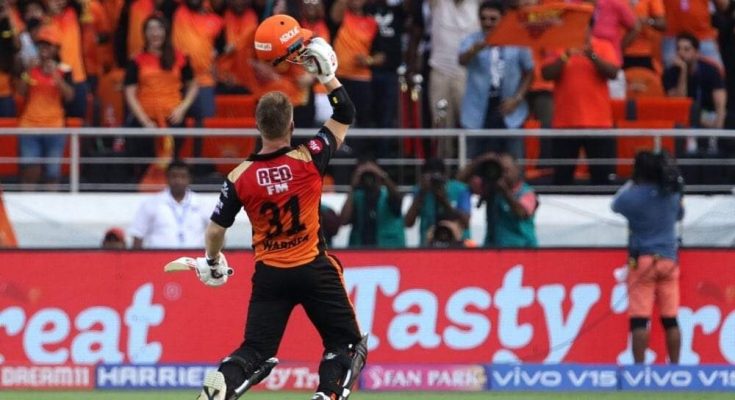 Exactly a year back, Warner told with tears that he might not play for Australia again.

He was humiliated, dragged down, insulted, people called him a cheat, a poor man, abused even his family. Definitely, it was not the right year for him. He kept calm while fuming inside, he kept calm while dying to be back again. Nobody understood him other than his family. Nobody stood with him as well.
How does it feel if someone takes away that only thing that you loved and lived for? The only thing that made you happy other than your family?

He started to accept it slowly. He knew he can’t change anything anyway. He tried to focus on his family and his family returned the love back. He slowly was getting back to a happy place, started to look beyond cricket while literally living with pain every single day. He decided to show them all in the right place.

Months later, When he returned to the cricket for the local team, he performed. It was something he missed in his career for a long time. He knew he will be judged again, but he tried to put all the efforts on the game.

With some good performances in the club cricket, he was waiting for his international ban to get over. Once it did, he thought he would be in the squad against Pakistan.

Meanwhile, the Australian team started doing well and looked like everyone was playing for a spot in the World Cup thus, he wasn’t selected.

He still was given an opportunity to prove as IPL was kept as criteria for selection. When he reached Hyderabad, a team that saw him as the leader was welcoming him once again, but this time, things did change. He knew he cannot be the captain anymore, but that doesn’t mean he cannot be the leader. He decided to lead. With Kane Williamson allowing him to relax with all those dressing room pranks, he found a friend in him, A friend in need at the right time.

The wounded lion picked up the bat for the first time in Orange outfit here, he made sure to lead. He made sure to lead the headlines of the newspapers as well. If not for the IPL, he knew he will be done and dusted, and that is something every single hater is hoping for. With every hit, it was like he was letting go of the grudges and the anger he was holding on for a year or so. Every single abuse that he read was answered. He damaged every single bowler, every single doubter. He roared.

He roared to show people that they cannot write him off that easily. He roared that he is back to be the best he used to be. He roared high to show the team that leaving him from the squad is not going to be his loss anymore.

And this is for the Australian selectors, ‘Hey, I proved you guys wrong’.