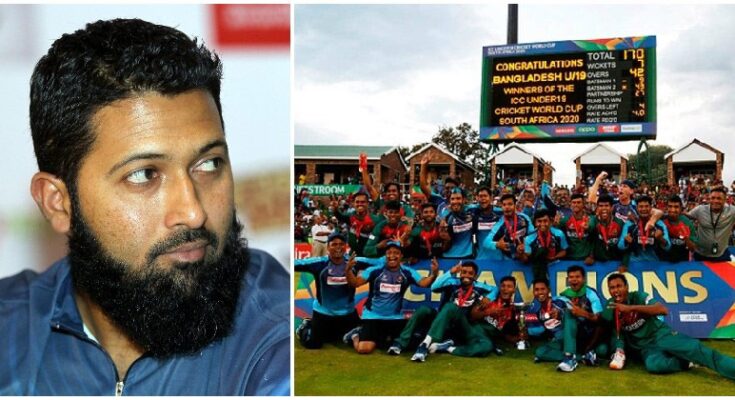 Recently, Bangladesh under-19 team lifted the trophy against India after an excellent win over last year’s champion. The team had multiple stars to watch out for in the future and who knows, they might go on to dominate the senior level cricket as well.

Talking about the players, Wasim Jaffer revealed that he trained most of the players when he was appointed as the batting coach of the Bangladesh Cricket Board (BCB)’s high-performance academy.

“He (Akbar Ali) was very proactive while India was batting and led the team very well in this final. Akbar has also led Bangladesh’s U-14 and U-16 teams. He has, in fact, spent a lot of time captaining these teams. So with time, you do improve and the more you captain, the more you learn. His astuteness actually stood out.
“Most of these guys have practised under me. They have been playing a lot of age-group cricket for a while. They have a lot of understanding among them… It’s a very talented group. Apart from Akbar, Shahadat Hossain was also with me. So was Prantik (Nawrose Nabil). I have seen most of them closely… They outplayed most of the teams. India were the favourites to win the final, but they outshone them too,” Wasim Jaffer said as quoted by Telegraph.

The veteran Jaffer even at this age continues to break records in the domestic circuit. He is already the all-time leading run-scorer in Ranji Trophy.